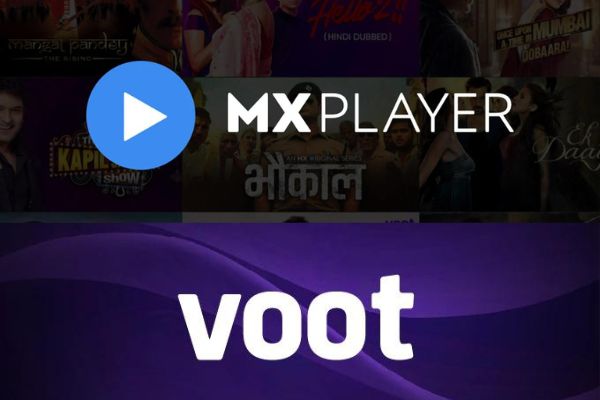 MX Player and Voot have emerged as two of the most popular streaming service in India due to their excellent original web series and movies. MX Player is the home to critically praised Ashram and Matsya Kaand and continues to add more new web series to its list. On the other hand, Voot has shows like the epic documentary Bandon Mein Tha Dum and thriller The Gone Game and continues adding new web series to its library each month. Both OTT platforms have exciting and enthralling upcoming shows that will pleasantly surprise the viewers in 2022.

This Voot new web series will focus on an SSP. He comes face to face with his old nemesis, which puts his family in jeopardy. This upcoming Voot series will be a treat for thriller lovers. The show will make you relate to the SSP in question with emotional scenes that hits all the feels. It has the capabilities of being one of the best series on Voot in India. It stars Iqbal Khan and Donal Bisht in lead roles.

Asur is one of the most popular web series on  Voot. It is often hailed as the best series on the OTT platform by fans. The first season of the show gained immense popularity despite the minimal promotion. It stars Arshad Warsi and Barun Sobti in lead roles. The series is directed by Oni Sen. Fans can expect it to release in September on Voot.

Code M season 2, starring Jennifer Winget, was a huge success, and Voot has ordered a new series of episodes of the show. The third season of this popular web series will focus on Major Monica being dealt a mysterious case that she has to solve with a methodical approach. Akshay Choubey will also direct the third season.

Instead of opting for new web series, MX Player is focusing its attention on creating new seasons of the hit shows. EK Thi Bergum Season 3 will focus on the cunning and revenge-driven Ashraf on her journey to destroy Maqsood, the person who killed her husband. It is an exciting thriller and one of the best shows on MX Player. It stars Anuja Sathe in the lead role. Sachin Darekar & Vishal Modhave serve as the director of this series.

Matsya Kaand was an instant hit when it dropped on the MX Player. The demand for the new web series to get a second season has finally been heard by the OTT platform. Matsya Kaand season 2 will continue the story of characters developed in the first season. It stars Ravi Dubey, Ravi Kishan, Piyush Mishra, and Zoya Afroz in lead roles. Get ready to witness the story of the con artist who uses his wit and intelligence to commit the crimes instead of power and force. The series is directed by Ajay Bhuyan.

Aashram is the biggest hit of MX Player. A new series of episodes for the popular MX Player series is being planned to release as early as late 2022. The tale of a godman who hides a ton of secrets is going to be expanded further. Bobby Deol and Esha Gupta are supposed to reprise their roles. It is directed by Prakash Jha.

2020 brought us many new talents and interesting shows and movies with fresh faces which weren’t really given...
Offers

If you have a taste for great shows especially having a knack for Indian shows then you should...