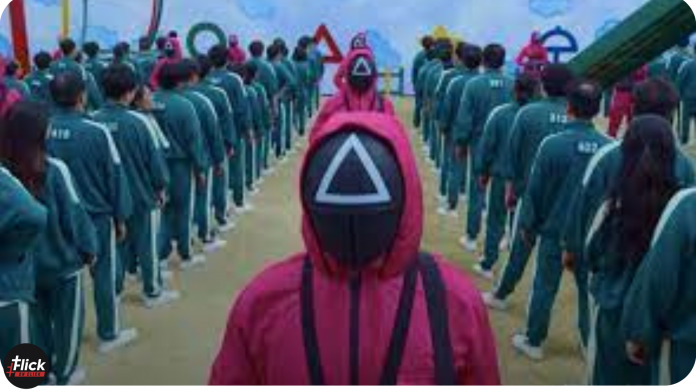 Netflix is known to bring the best of the best shows over the internet, and this time the limelight is being taken by its latest release, ‘The Squid Game.’ It is a Korean mystery drama that has been getting all the hots by the viewers and critics worldwide.

The popularity has crossed every bar up to a level that Netflix commented that it might be their best creation to date. Woah! That’s huge, and it has every reason to be.

Not only that but mobile network operator companies are suing Netflix over the cause that people are streaming too much data that they have crashed their bandwidth. The reason is again ‘The Squid Game.’

But at this point, you’ll be wondering what it is and why it’s getting all the popularity?


Well! Let us tell you all that we can from the trailer, or let’s say we’ll summarize the story for you.

So, after a bunch of mysterious kidnappings, a gathering of 500 men and women is scheduled in a secluded part of the world, and they have to play a game, the Squid Game.

But there are conditions, and that is only one, if you want to evacuate the game, you die, or if you lose, you die. There’s only one way to get out of the game alive, and that is to win the game.


Now, we know that you can already sense the excitement in the story’s plot, and it is immersive for a reason.

But there’s one more plot twist, the games are straightforward, that even a child can get through them, and there’s a winning prize, and it’s a lot of money.

The series will take you through a rollercoaster ride, and it’s a must-watch for the time being. We do not know whether or not it’ll be the biggest Netflix blockbuster, but it sure is turning heads.

2020 brought us many new talents and interesting shows and movies with fresh faces which weren’t really given...
Entertainment

Despite the tremendous success of Bard of Blood Season 1, fans are now demanding the release of Bard of...
Offers

If you are always looking to make your weekends and holidays special, then nothing can be better than...