Netflix might just not limit itself to streaming movies, tv shows, and more but now they are moving into a new segment, gaming as well. The news is rumored as of now but coming from reliable sources, it’s believed that something is definitely going on with Netflix and games.

Netflix would be focusing on making their platform like the Microsoft Game Card for Xbox or the Playstation Plus for PS4, using which you can download games and enjoy the service for a fixed price and time. The games have to be downloaded locally and then only you can enjoy them. 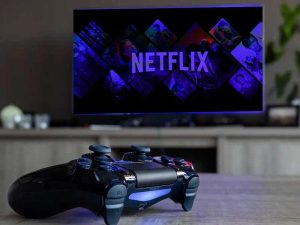 Moreover, it is not a hidden fact that Netflix is known for its streaming platform and people would want real-time game streaming as well. This is somewhat very challenging and has been tried by many until now.

The streaming concept for gaming is a little bit tacky as tested by Google Stadia, it’s not giving that good of a result as of now. The real reason behind the problem is the lagging, buffering, and variability of internet connection speed at users’ endpoints.

With a delay of 1 small second, your game could end and you’d be more than happy to cancel the subscription and give a bad review for the service, won’t you?

Now, currently, Netflix is looking for executives that can start the department of Gaming for them. Additionally, they would be interested in third-party studio games as of now but there’s a high chance that they’d be buying their own studio to create original content.

But this creation would not be as simple as creating a Netflix Original movie or Tv series due to the reason that gaming studios launch games in the span of 4-7 years and it’s a very time taking process. So, sticking to the third-party studios will be their best bout for now.

Also read- Top Netflix Movies of all time you should watch

Let’s see what Netflix has for us in-store and this project will at least take a year to get started. So, we’re looking forward to the year 2022 with the hope of everything good including this one.

Have you binged all the content made available on Netflix in April and now searching for new movies...
Technology

After pushing an old trend of television daily soaps over the edge, OTT platforms like Netflix, Amazon Prime,...