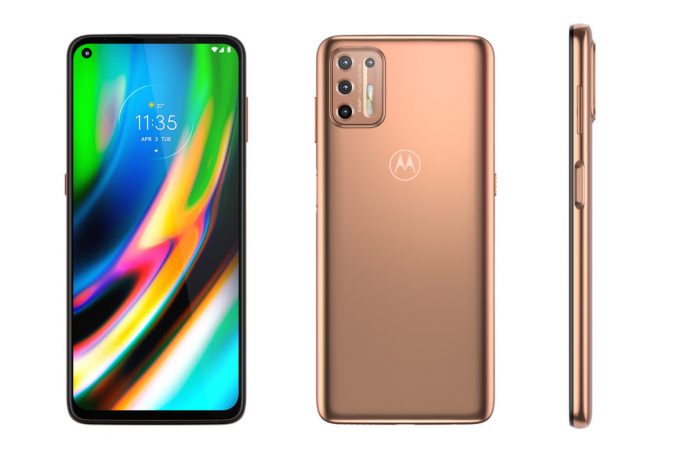 Motorola is back with another stunning smartphone which will compel you to check it out, as it is loaded with superb features that you cannot stop yourself from buying it. Earlier this year, Motorola launched the Moto G9 Plus in Brazil on 11th September 2020, but the company did not make any statement regarding its launch in India. However, the company is expected to bring the smartphone to India as soon as possible.

It is going to be great news for Motorola users as Moto G9 Plus has been spotted on the Indian BIS (Bureau of Indian Standards) certification website, which gives a hint that it may launch soon in India because two smartphones have been listed with codes XT2083-7 and XT2087-3, and the device with this code name – XT2087 is more likely to be expected as Moto G9 Plus.

Specifications of Moto G9 Plus

This device comes with a 6.80-inch Full HD touchscreen display. It comprises a 2.2GHz octa-core Qualcomm Snapdragon 730G processor. This device runs Android 10 and is powered by a 5000mAh battery, along with this it comes with 4GB of RAM and 128GB of internal storage.

The Motorola Moto G9 Plus is going to be a dual SIM (GSM & GSM) smartphone that permits Nano-SIM and Nano-SIM cards to sync with the phone. The overall dimension of this device will be 170X78.10X9.70mm (height X width X thickness) and the weight will be 223 grams. It is going to be launched in two colour variants, that is, Rose Gold and Indigo Blue. The device is provided with Bluetooth 5.0 feature along with a 3.5mm headphone jack.

Other general features like fingerprint scanner will draw your attention which is really important for security purpose, also loaded with proximity scanner, ambient light sensor, gyroscope, and accelerometer features.

Jolly news for tech lovers as Amazon India has announced a list of great deals on smartphones under...
Technology

Top 10 5G smartphones in India you can buy (detailed specifications)

Tech lovers are always curious to gather tech related information and keep themselves updated with the new technology...
Technology

We all want a good smartphone, right? Smartphones have become such an important part of our lives that...
Offers

Amazing information for Tech lovers as they are always curious in search of tech-related information and want to...
Offers

Motorola has released new earbuds that can take over the market pretty soon. Yes! We are talking about...
Technology

If you're looking for a smartphone upgrade during this festive season, you're just on the right time. The...