Moon Knight Episode 6 has high expectations after Episode 5, titled Asylum, grabbed headlines with its stunning and shocking turn of events.

Marvel’s sensational superhero show with psychological elements, Moon Knight, is coming to the conclusion of its first season with the 6th episode titled God and Monsters. 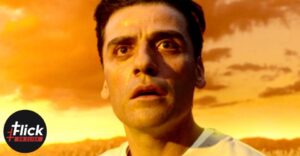 Moon Knight Episode 6 When and Where to Watch:

This episode will mark the end of the series, and viewers will definitely get some answers to the questions and mysteries posted by the show in the earlier episodes. Marvel revealed the trailer for the show earlier in the week through Instagram.

The show stars Oscar Issac as the main lead, and Ethan Hawke, May Calamawy, and Gaspard Ulliel play the supporting roles. The character of Moon Knight was created by Doug Moench and Don Perlin for their comic titled, Werewolf by Knight in 1975.

The show left viewers on a massive cliffhanger at the end of the 5th episode. By continuously switching between Marc and Steven’s points of view, it has fans guessing whether the scenes they are seen being enacted are real or just the creation of Marc’s mind.

Unlike other Marvel superhero stories, the main character in Moo Knight is a troubled soul, and Oscar Issac has managed to bring out his best to make this series classic. Ethan Hawke is brilliant as usual with his role in the series. There is so much still to wrap in the series, and fans can hope for a second season to be announced soon.

OTT platforms are home to a sea of various contents of different genres. You must have been spending...
News

To begin with, NO, A Thursday is not a sequel or a second part to A Wednesday. There...
Offers

We Flickonclick offer you with the most recent hacks to get a free Hotstar subscription in 2021. Hotstar is...
Entertainment