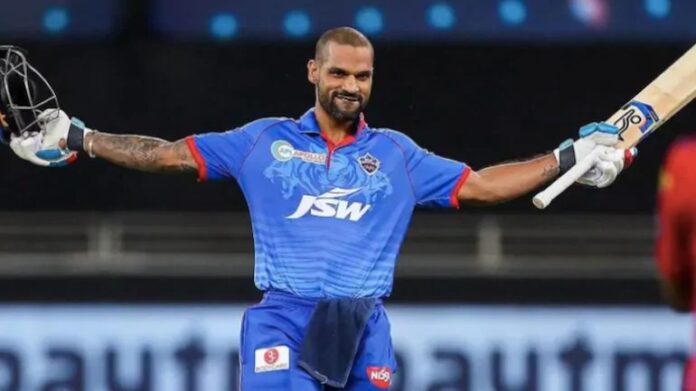 Shikhar Dhawan, one of the best openers in white-ball cricket, turns 36 today i.e. on December 5, 2021. Certainly birthday warm wishes are coming in from all over the world. The left-handed batter, born in 1985, prefers to strike from the start, making his ability to find gaps with comfort even more devastating. Let’s remember the best four IPL Knocks on Shikhar Dhawan’s Birthday.

Shikhar Dhawan is one of India’s finest prolific batters in recent years. He has built a powerful starting partnership with Rohit Sharma at the summit of the Indian ODI team. His performances in the smaller version of the game is very amazing. whether beginning the innings alongside Rohit for India or in the IPL, both are equally outstanding.

One of Shikhar Dhawan’s latest recent knocks in IPL 2019. When he was playing for the Delhi Capitals (DC) against the (KKR) Kolkata Knight Rider. Particularly he leads this ranking of the Best Batting Achievement of Shikhar Dhawan in IPL. KKR had scored a total of 178/7 in 20 overs.

This was the least powerful challenge for the powerful Delhi batting squad. moreover, they smashed the runs in 18.5 overs. Dhawan’s 97* from 63 balls powered the Capitals to victory. he smashes 11 fours and two sixes inching closer to just another man of the match title and a 7-wicket victory.

Another time when the Delhi batsman put the Delhi Daredevils to the dagger, this time while Dhawan was with Sunrisers Hyderabad. This match was played in 2018, a year before Dhawan quit SRH to represent the Delhi franchise. It was lighted up in the first innings by a remarkable century from Rishabh Pant.

Pant struck 128 runs off 63 balls to enable Delhi to reach 187/5 in a 20 overs game. However, Dhawan’s unbeaten 92 off 50 balls, together with captain Kane Williamson’s 83 runs off 53 balls, makes quick work of the pursuit as SRH won by 9 wickets and Dhawan was named man of the match.

Shikhar Dhawan’s undefeated 82 off 57 balls against one of his old teams, Mumbai Indians, in the 2016 edition of the IPL. Interestingly, It tops our list of the top 4 innings in Shikhar Dhawan IPL history. Dhawan swings his batting for the Sunrisers Hyderabad in the first session.

He smashes 10 fours and one six as SRH records 177/3 in 20 overs. Mumbai Indians crumbled when it was their time to bat. Alongside with Harbhajan Singh’s 21 run was the highest score in a pathetic total of 92 all out in just 16.3 overs. Therefore giving SRH an 85-run victory. 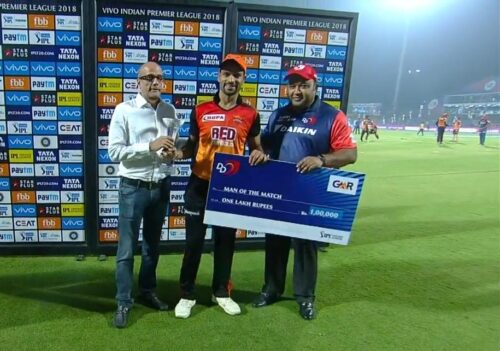 Another appearance in Shikhar Dhawan’s IPL Greatest Innings list, this time against one of his old teams. When Dhawan was batting for the Deccan Chargers in 2012, the Delhi Daredevils were the side on the losing side of his 84-ball innings. Dhawan’s innings included nine fours and five sixes, propelling the Chargers to a competitive score of 187/4 in a 20 overs game.

Nevertheless, it was David Warner, Dhawan’s eventual great opening companion at Sunrisers Hyderabad, who settled the match in Delhi’s favor. The dashing Australian hit an undefeated 109 off 54 balls. Similarly he lead the Delhi to victory with 9 wickets to hand and 3.2 overs remaining.

Read More: The two new IPL teams will be based in Lucknow and Ahmedabad

Jio Institute, established by the philanthropic bodies of Reliance Industries headed by Mukesh Ambani, has invited applications for...
Fitness

Fitness is a crucial concern for all athletes. Many cricketers are well-known for their bodies and fitness. Because...
Technology

Samsung has just launched the device which has been in the rumors for so long. Yes! We are...
Entertainment

Avatar 2 earned Rs 43 Crores on the second day at the box office in India. The film...
News

The launching of Infinix Inbook X1 will take place in India on December 8. So, be ready to...
Offers

Amazon is one of the biggest or let's say the king of ecommerce zone globally. The reason being...