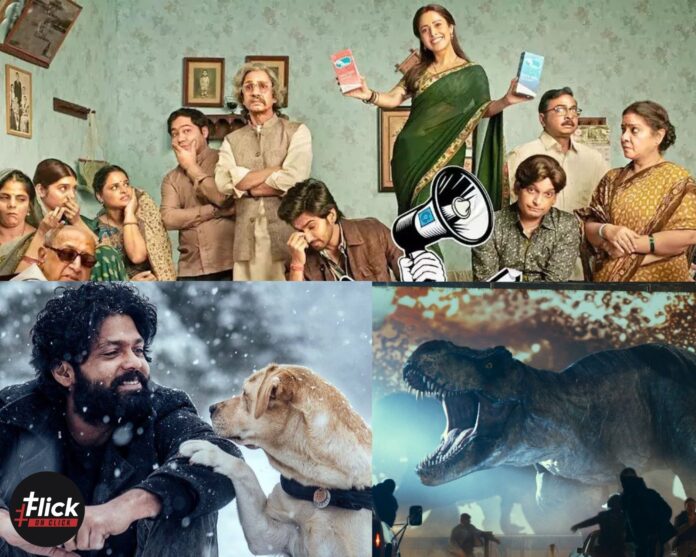 From the much talked about Jurassic World Dominion to the social comedy Janhit Mein Jaari, many movies are releasing today in theatres and on OTT. Here we have compiled the movies releasing today you can watch with your pals and families. 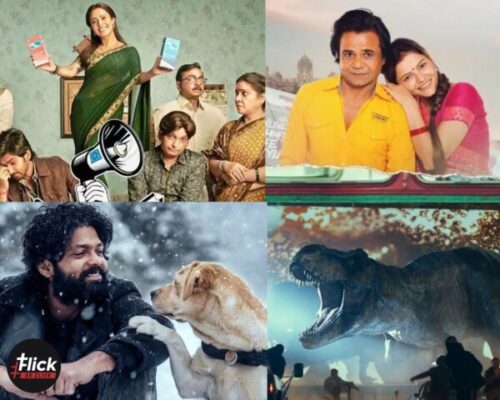 Story: Janhit Mein Jaari is a social comedy that aims to portray a taboo in Indian society in a light and humorous way. The movie follows Nushratt as a young girl who sells condoms in a small town of MP. She faces resistance from her family and others who deems the work to be unfit for a girl. Watch this movie to find out whether it hits the mark or not.

Story: The 6th instalment of the famous movie series Jurassic World is releasing today in theatres. The movie follows the aftermath of the Isla Nubar incident. Humans and dinosaurs now co-exist together after the destruction of the Isla Nubar. Will the peace be maintained, or a war looms near the corner?

Story: Ardh is a story of two struggling artists who are married and move to the city of dreams, Mumbai to find their calling. The movie showcases how a person with no background and financial backing struggles to find work in the film industry. It is being dubbed as one of the influential roles of Rajpal Yadav. The movie also marks the debut of TV star Rubina Dilaik on a bigger platform. ZEE5 will start streaming the film from today.

Also Read- Most Awaited “Avrodh 2: The Siege Within” with New Cast is set to release on 24th June

Story: Dear Dia is a remake of a Kannada film. The movie is a love story which follows a complex relationship between a trio. If you are looking for a classic love story with cheesy stereotypes, then this is the film you should keep on your radar this weekend.

Story: This Kannada language film is a comedy-drama. The movie follows an individual who is depressed and likes to live alone in the comfort of his own personality. However, the dimensions of his life change when a dog named Charlie enters his life.

Also Read: Newest Netflix shows that are set to release in June 2022

Nowadays, Bollywood has turned to serious crime dramas and new-gen adventure and sci-fi sagas for the hit formula....
Talent

Phone Bhoot Twitter Review: Netizens are calling Phone Bhoot a laughter riot on Twitter. They are terming the...
Talent