List of Fast Charging Smartphones to Buy Under Rs. 30,000 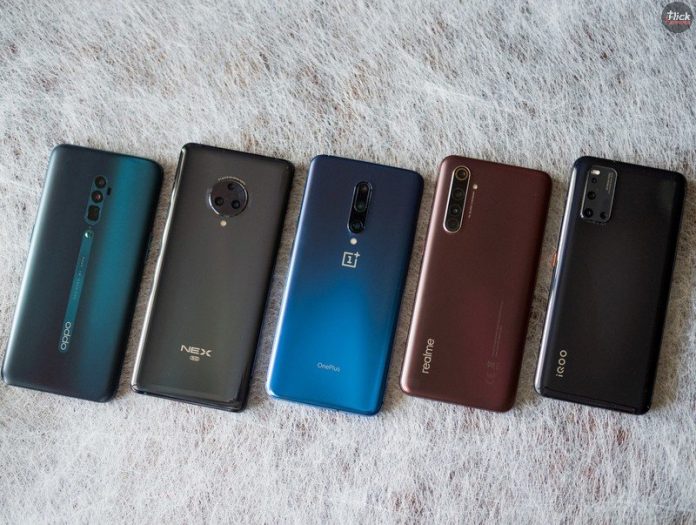 We spend a lot of time exploring specifications when we wish to replace our old smartphone with a new one. And, we also know that there are many tech enthusiasts who looks for fast charging smartphones over other specifications. Many people will be amazed to hear that why such people are crazy for batteries other than RAM, storage space, HD Camera, etc. Well needing a smartphone that will last long is a personal choice. 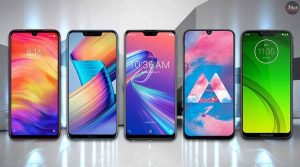 This device supports 33W fast charging and the company claims that the handset can charge from 0 to 100% in just 52 minutes. The device was launched in three color variants, namely, celestial silver, cosmic black, and lunar white color options. The Mi 11X is powered by Qualcomm Snapdragon 870 SoC and also sports a 6.67-inch AMOLED display. The users get immense battery storage of 4520mAh and have a triple rear camera setup on the back with 48MP + 8MP + 5MP.

The company promises that this smartphone gets charged with a 65W SuperDart Charge Support system. The device can get fully charged in 35 minutes and the company also claims that 3 minutes of charging can deliver 55 minutes of heavy gaming. The device contains a non-removable Lithium-Polymer battery of 4500mAh that allows you to do heavy gaming all day.

OPPO company is providing 50W FlashCharge support that makes it very unique in terms of long-lasting as the claims that this device will deliver 5 hours of talk time or 3.5 hours of video playback in 5 minutes of charge. Talking about its camera, then it sports a quad rear camera with 48MP + 8MP + 2MP + 2MP along with an FHD+ AMOLED display.

This device offers 44W FlashCharge support and the company claims that the smartphone gets 72% charged in just 30 minutes. It has a battery capacity of 4000mAh and running on the Android 11 operating system. Another attractive thing about this device is that is powered by MediaTek Dimensity 700 SoC.

This smartphone was recently launched in summer 2021 and offers Warp Charge 30T Plus fast charging support. According to the company, the device can go from 0 to 70% in just 30 minutes, and apart from fast charging it also offers a 6.43-inch display of 2400 X 1080-pixel resolution with a 20:9 aspect ratio. This is one of the best smartphones in this type of budget as users can do heavy gaming all day because it is powered by Qualcomm Snapdragon 750G 5G mobile platform and the device contains a 4500mAh Lithium-Polymer battery.

The device houses a 7000mAh battery but comes with support for a 25W fast charger which means it will take time to charge at a faster pace as the company claims that it will reach from 0 to 100% in about 115 minutes. Apart from gigantic storage space the device sports a 6.7-inch AMOLED Plus display of FHD+ resolution and also a has quad rear camera setup at the back with 64MP + 12MP + 5MP +5MP.

The company has built such an affordable device at such a price range as it supports 55W FlashCharge and can charge from 0 to 50% in just 19 minutes. The best part is that the users are getting huge battery storage space, that is, 440mAh at such a price, and on top of that it is powered by Qualcomm Snapdragon 768G 5G SoC. Apart from battery storage and chipset, the device sports a 6.58-inch FHD+ display and houses a triple rear camera setup with 64MP + 8MP + 2MP.

Nothing less can be expected from this device as the company is offering a 5160mAh battery along with Qualcomm Snapdragon 860 SoC for heavy gaming at such a price range. This smartphone offers 33W Fast Charge support and sports a 6.67-inch LCD display and also has a quad rear camera setup with 48MP + 8MP + 2MP + 2MP.


What Could Your Future Smartphones Look Like in 2030: What to Expect?

Previous article
Pegasus Spyware: Everything You Need To Know About This Malicious Software
Next article
Apple Music Is Introducing Lossless Audio and Dolby Atmos Support For The Indian Consumers
Flickonclick

Amazon is hosting an Amazon Fab Phones Fest sale and will begin on 22 December 2020, the day...
Technology

Noise Elan TWS Earbuds with Environmental Noise Cancelling Technology has now been launched in India.  It is the company’s...
News

Nokia's much-awaited flagship smartphone Nokia 5.3 has now been listed on the official website which indicates that the...
Offers

Jolly news for tech lovers as Amazon India has announced a list of great deals on smartphones under...
News

If you're planning on buying a smartphone anytime soon, then you have to wait a little more. The...
Entertainment

Mission Impossible 7 is being made with a huge budget, and the film will surely surpass its budget...