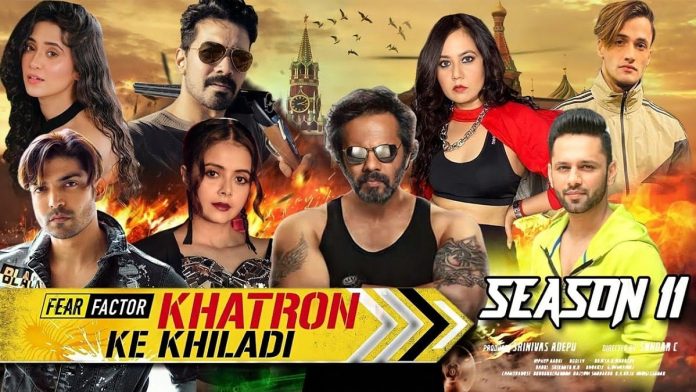 The adventurous, popularly known as the stunt-based show, Khatron Ke Khiladi is back for another season. With the contestants for Khatron Ke Khiladi finalized for season 11, This time around we will witness a big boss 14 reunion and once again Rohit Shetty will host the show.

According to intel, the show will be hosted in cape town, south Africa. Buckle up, there’s going to be more drama than ever. With all the famous big boss contestants in the show and other famous faces such as Nikki Tamboli, Rahul Vaidya and Abhinav Shukla, Rohit Shetty’s hot, daring reality show is the spicy punch we need in life amidst another lockdown. 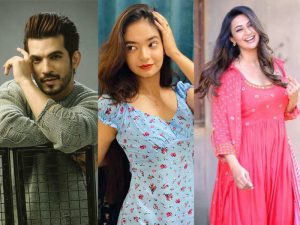 Here is the list of all final contestants for Khatron ke Khiladi Season 11 who will travel to South Africa:

Popular Tv show star, Divyanka is all set to join Khatron Ke Khiladi season 11. She is one of the highest paid actress in small screen shows. Previously seen hosting the crime patrol show, Divyanka along with her husband Vivek Dahiya enjoyed a non-fiction stint while she was a participant in Nach Baliye 8.

One of the famous and popular TV serial actors in the Bollywood industry, Arjun  Bijlani acted in alot of hit serials such as Naagin, Mile Jab Hum Tum. He recently shared a pic of him bowing down to touch his mother’s foot on Instagram before leaving for the show.

Renowned singer and reality show Bigg Boss 14 first runner-up Rahul Vaidya is all ready for Khatron Ke Khiladi season 11. A few days back, Rahul announced how excited he is to face his fears through the show- Khatron Ke Khiladi and that its a delight to be a part of it. He is one of the highest paid contestant this year.

Yet another big boss contestant who bagged the second runner-up position and falling second to Rahul, Nikki Tamboli is the youngest contestant to participate in the history of reality shows. After her encounter with the controversial reality show- big boss, Nikki is all set to face her daunting fears on Khatron Ke Khiladi season 11.

Actor, adventure seeker and fitness enthusiast Abhinav Shukla is all set to shine gloriously in Khatron Ke Khiladi season 11 after his gig in Bigg Boss 14.

Shweta Tiwari is an Indian film and television actress known for her portrayal of Prerna Sharma in Kasautii Zindagii Kay, Sweety in Parvarrish and Bindiya Thakur in Begusarai. She has participated in the reality shows Bigg Boss 4, Comedy Circus Ka Naya Daur and Jhalak Dikhhla Jaa; the former two of which she won.

Rising to fame after her last gig with rapper Badshah in the song DJ Wale Babu, singer Aastha Gill is ready for her next flight to South Africa for the show.

‘Iss Pyaar Ko Kya Naam Doon’ actress Sana Makbul is also another finalized contestant for season 11. According to intel, she is extremely enthusiastic and excited about finally participating in her favorite show and can’t wait to face her fears on it.

The renowned Mahabharat actor Saurabh will also be sharing screen with the famous big boss stars this year in Cape town.

Another young, famous VJ, model, athlete Varun Sood who rose to fame through MTV Spilitsvilla is also a finalized contestant for this show. He’s also known for his participation in MTV’s Ace of Space with his girlfriend Divya Agarwal.

Yet another famous big boss participant Mahek Chahal will share screens with the other finalized contests in Khatron Ke Khiladi season 11.

According to Sources. You can watch Khatron ke Khiladi Season 11 on MX Player And Voot App, but these are not confirmed as yet