Joinable Calls : WhatsApp Allowing Users to Enter A Call Even After Missing It, Know How 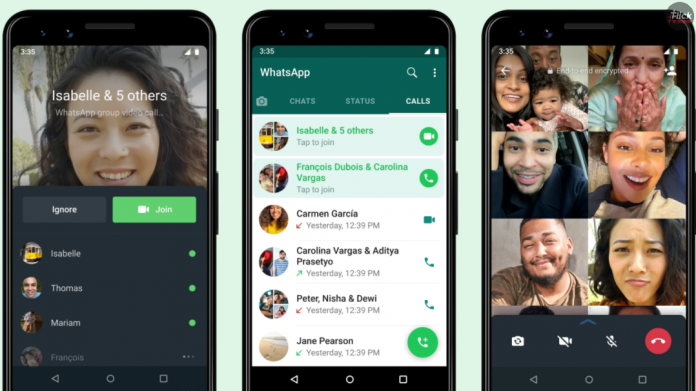 WhatsApp has been one of the most widely used messaging applications which have generated a user base of over 2.5 billion users. After the introduction of its latest privacy policy, the Facebook-owned company is always seen with new features getting rolled out every month to improve functionality and creating a smoother interface for its users.


And this time we can witness a new featured that has been rolled out by the messaging company called “Joinable Calls” which was earlier appeared on the beta versions of Android and iOS devices. Earlier, users could not join a group call if they have missed the ring, but now this feature allows users to join an ongoing group call on WhatsApp if they have missed the initial ring when the call began. 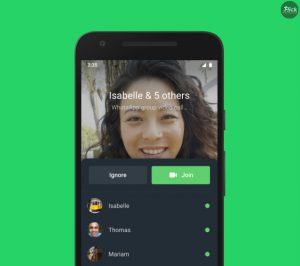 What are Joinable Calls?

‘Joining Calls’ is a new feature that has been introduced by the Facebook-owned company WhatsApp for its users which allows them to quickly join an ongoing group call whenever they like, as long as the call is still going. This feature also gives the advantage to monitor who is present with the new call info screen, along with others who were invited but haven’t joined yet.

How Do Joinable Calls Work?

This new feature has made the life of users easier as they have got the ability to drop off calls and re-join them whenever they want, as long as the call is still active. The ‘Joinable Calls’ feature of WhatsApp sounds like Google Meet, Zoom, and Microsoft Teams as they also run on the same functionality in terms of making a group call.


The users can join an ongoing call by visiting the call section on WhatsApp, which will list all the active group calls they are invited to, and easily join them. Like this, users are relieved from picking up the calls immediately as many users used to panic sometimes so that they do not miss their call.

As the company has mentioned earlier that it has created a call info screen where the users can see who is already on the call, and who has been invited but hasn’t joined yet. The user also has an option to hit ‘Ignore’ if cannot attend the call at that moment and can later join from the calls tab in WhatsApp.

Here’s How You Can Join an Incoming Group Video Call

Here’s How You Can Join a Missed Group Video Call

Since WhatsApp launched its new feature Disappearing Messages, it has been sensational in the tech field. Why everyone...
Technology

Whatsapp updates are always something to look forwards to if you're a tech enthusiast or even not. The...
Technology

Even small things matter! Earlier this week, WhatsApp announced new features that will soon be rolled out to...
News

Whatsapp is making sure to get the spotlight all through this festive season and now they're dropping one...
News

Recent reports suggest that Facebook-owned WhatsApp will roll out a new feature "view once" for its users, making...
Technology

One of the most frequently anticipated features of the world's most popular instant messaging app was the option...