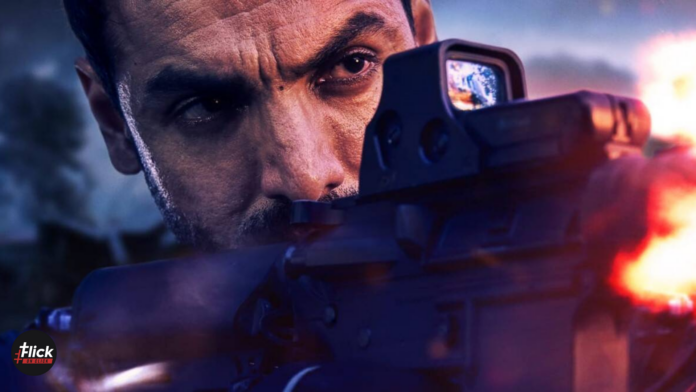 The teaser of John Abraham’s upcoming movie, Attack, is out on December 15, 2021.
Written and helmed by Lakshya Raj Anand, the film has been bankrolled by JA Entertainment, Ajay Kapoor, and Jayantilal Gada. It seems to be an action, revenge-drama movie. The film will be released on January 28, 2022, in theatres.

The teaser again sees John Abraham as a man on a mission to save his country like usual. One can see Abraham playing the role of a ranger officer who has to carry out a difficult rescue task, largely independently.

The teaser begins with a blast at what seems like an airport. One can even see a few glimpses of actors Jacqueline Fernandez and Rakul Preet. From its looks, Jacqueline seems to be playing the role of an air hostess and John’s lover. Rakul is shown as some sought-after doctor who saves John and completely transforms him.


John seems to have hulked out more than usual to manage this hostage situation. There are generic shots of John punching goons and walking with swagger as waves of flame surround him. Action scenes are filled with guns and missiles as John and his team fight in the Parliament.

Actors Ratna Pathak Shah, Prakash Raj, Vikas Sharma, and Shefali Ganguly are also a part of the film. Everyone is excited about this upcoming movie of John, Jacqueline, and Rakulpreet. This movie demands to be watched in a theater.


So let’s hope that the pandemic situation comes to a halt by January 2022 so that we all can watch this masterpiece with our friends and family in the theater itself. Moreso, if you’re a die hard John Abraham fan, right?

Would you be going to watch the first day first show of ‘Attack’? Please share in the comments down below on weather or not you’ll go and if yes! Then what you think will happen as we watch this trio save the nation.

John Abraham Best Movies That Are A Must Watch

John Abraham is one of the best and finest actors that the Bollywood industry could ever have. There...
Entertainment

Pathaan is going to release in the theatres on 25th January 2023. The movie marks the comeback of...