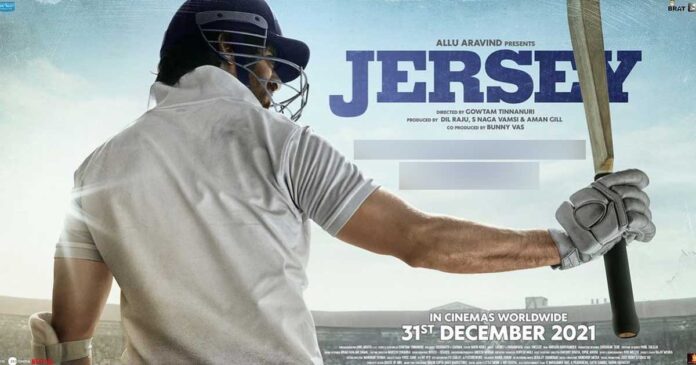 Bollywood star Shahid Kapoor is gearing up for his big screen return. As the trailer for his upcoming movie Jersey in which he co-stars with Mrunal Thakur, has just been released. Jersey trailer is all about a Struggling cricketer who has to choose between his game and responsibilities towards family.

Shahid Kapoor will return to the big screen shortly with Jersey. After the much-anticipated/hyped Kabir Singh in 2019. Shahid will play Arjun. he is portraying as a failing cricketer who decides to realize his ambition of joining Team India. The Jersey trailer was released on 23th November. However we can say that this is one recreation that was well worth the wait.

The trailer shows the actor in a different tone as he plays an ex-cricketer who returns to the sport. In the midst of his battle to make ends meet. Firstly he is seen going above and beyond to satisfy his son’s birthday request of receiving a jersey.

The emotional nearly three – minute clip leaves the viewer guessing if Shahid will be capable of turning his life around or if he will seek to ignore his lost goal. The storey focuses on optimism, aspirations, and family.

Jersey is a Bollywood remake of the same-named Telugu film. Its trailer depicts Shahid Kapoor’s hero struggling to make ends meet after abandoning his cricket profession. He seeks to re-enter the case for his child. He works hard to win his child’s regard and avoid being viewed as a loser by him.

It’s wonderful to witness Shahid Kapoor portray a father who fights to achieve esteem in the eyes of his son. Although from their on-screen connection, Shahid and Pankaj Kapur have a true loving friendship.

Mrunal Thakur seemed to have nailed the role of the legend’s wife, who encourages, shuns, and adores him. While Shahid has succeeded to go backward in the past. He appear to be a college student in the early scenes. he has failed to break out of the Kabir Singh manner of expressing aggression and agony.

Moreover Jersey appears to be the ideal Bollywood film, combining family drama, romance, sports, and a touch of adrenaline.

The creative sports story is produced and directed by Gowtam Tinnanuri. It won The award for best Telugu Movie and Best Cinematography at the 67th National movie Awards in 2019.