Its Legal to Purchase Property in Jammu and Kashmir With This New Amendment, Know The Reason Why? 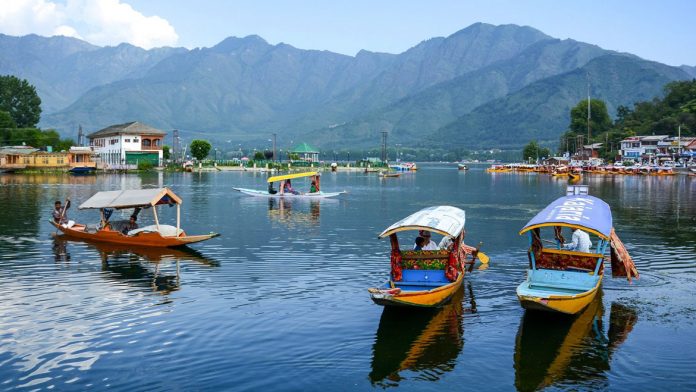 Jammu and Kashmir have always been a heated topic due to several discrepancies in the state but the heat seems to be going down with the new reforms in the old laws.

A new notification has been issued namely Union Territory of Jammu and Kashmir Reorganisation (Adaptation of Central Laws) Third Order, 2020 which allows outsiders to purchase properties in Jammu and Kashmir.

Earlier, it was not possible to do the same as it was abolished by the law as in a treaty done at the time of independence in which Kashmir get to have its own constitution, flag, and autonomy on the state irrespective of the country’s laws under the Article 370.

Thus, they have abolished anyone outside the original resident to purchase property rights in J&K to remain in its original form, as they believe it should.

The abolishment of Article 370 has been a top matter in the political domain and also a long-standing one. The talks of it being destabilized ruptured came with big waves and now that it is being torn down, the local party leaders are quite unhappy.

“Unacceptable amendments to the land ownership laws of J&K. Even the tokenism of domicile has been done away with when purchasing non-agricultural land & transfer of agricultural land has been made easier. J&K is now up for sale & the poorer small landholding owners will suffer,” Abdullah tweeted.

With the new rulings in power, Jammu and Kashmir along with Ladakh have been revoked of their special rights and turned into being two different union territories respectively.

The official notifications read out as “ “In exercise of the powers conferred by Article 309 of the Constitution of India, read with Section 15 of the Jammu and Kashmir Civil Services (Decentralisation and Recruitment) Act, 2010, the administration hereby makes the following amendment in the Jammu and Kashmir Grant of Domicile Certificate (Procedure) Rules, 2020,”

The reaction from locals and all involved is still to be observed when properties in Jammu & and Kashmir will actually start to go on sale and we’ll keep you updated on that as well, so don’t forget to follow Flickonclick.

Previous articleBoAt Storm Smartwatch Launched at Introductory Price of INR 1,999
Next articleChanging Photo On a PAN Card Has Never Been This Easy, Check How?
Flickonclick