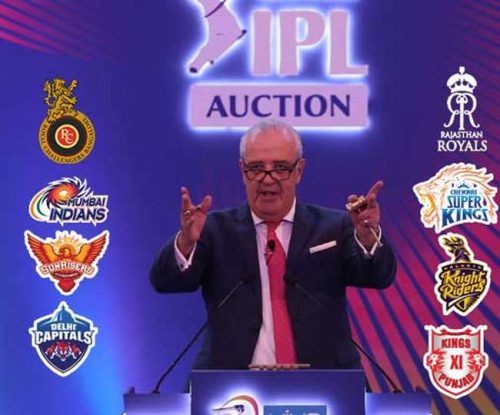 The much-awaited auction of the Indian Premier League (IPL 2021)took place last week with a lot of suspense and caught everyone with many surprises one after the other by seeing a lot of marvelous players were unsold that included Aaron Finch, Alex Hales, Jason Roy, and other great players too. South Africa’s all-rounder Chris Morris got the highest bid and became the most expensive but of IPL history. Out of 292 players, only 62 players got the bids in the IPL 2021 auction.


In this article, we will look at the 7 most prominent players who have chances and can be drafted in the tournament midway.

The Australian captain and a classic opening batsman have been a part of IPL for so many years. Though he remained inconsistent during his plays and that’s why couldn’t become a permanent and favorable player of a particular team so far. Despite, being a captain of an international team. Last year, he played for RCB as an opener and the same thing happened that he couldn’t be consistent, that’s why he was not picked this year.

Talking about a hard hitter and an opening batsman, Jason Roy is the man to be relied upon. But due to his inefficiency towards spinners resulted in a huge blow for him as he was not picked this time by any of the teams. Although, he has been a part of Delhi Daredevils for a long time. He is a true game-changer and can be used as a trump card when needed to win a tough match.

After showing an outstanding performance in the BBL, it was highly expected that he would be every team’s option and picked up for a very high price. But this right-handed batsman didn’t get pick up this year and turned out to be a disappointment. He is considered a fluent six-hitter and won the golden bat of the season in the BBL. Not only in the BBL, but he has also proved himself by playing at number 3 for England in ODIs, that’s why he can be a good replacement if a foreign player gets injured.

South-African-born Australian all-rounder international cricket player, Marnus Labuschagne is in wonderful form this season. He was even a top scorer in the Border Gavaskar trophy and also been a good performer in the BBL for the Hurricanes. Despite being an astonishing player both in bowling and batting, he couldn’t get selected this year for the IPL 2021. Thus, he is a versatile player who would definitely be picked up later in the auction.

Apart from Virushka, These Indian Cricketers Are Also A Proud Father of a Baby Girl

Jason Behrendorff, a tall pacer has been a part of the Mumbai Indians team for back-to-back two seasons but couldn’t manage to get his name big in his IPL career. He played marvelously in the BBL and bagged 16 wickets in the season. Swinging in both ways and throwing a good length ball are his strengths that are quite similar to Mitchell Starc’s way of bowling. He is ready to give a big performance in this year’s IPL season.


10 Weird Sports You Never Knew That Even Existed

Shaun Edward Marsh, Australian left-handed batsman who represents Australia in Test cricket and One Day International formats. He has been a part of the IPL for 10 years and played 71 matches. Out of which mostly played for Kings XI Punjab. He couldn’t get a spot in any of the teams after 2017 and in this year’s auction, he had a base price of Rs. 1.5 crore. Having a base price over a crore suggests that he is some sort of an extraordinary player who can bring victory any time.

Corey James Anderson, a former professional New Zealand cricketer who is an all-rounder. He played his last season in 2018 for Royal Challengers Bangalore. He had played a total of 30 matches so far. In this season’s IPL auction, he had a base price of Rs. 75 lakhs. He can be a good asset for a team that can bring victory when needed.