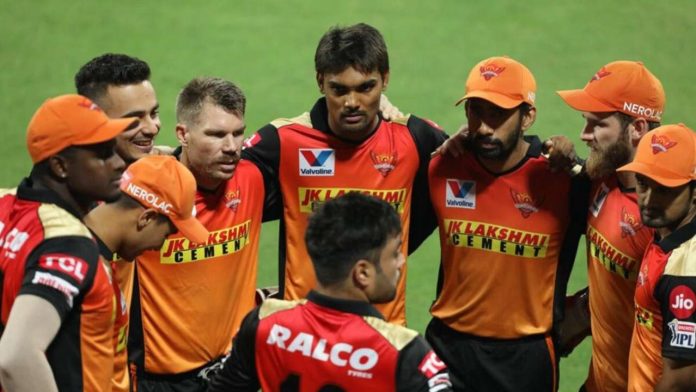 The IPL 2021 is only three weeks away to get started and spectators cannot wait any longer to watch huge sixes over the fence. This season of IPL is considered as a crucial period for all the players to get very well prepared for the 2021 World T20 and almost every cricket board is in favor of allowing their players to play the full season.

All the teams are working very hard and breaking a sweat during practice sessions. Each team has its own fan following and supporters, but as we all know just like every season there are few teams that are everyone’s favorites. This is only possible because of their marvelous previous records that most of the time they were in the top 4 and were found lifting the trophy in most of the seasons.


So, let’s have a look at the three teams that are most favorites and analyze their chances of victory for this season:

This time it will hardly be any surprise if this team will lift the trophy again as it has managed to win 5 times earlier. But this time there is something different from what the fans want, that is, they want MI to make a hat-trick by winning this year’s tournament too. The Blue Army is all set with its front-line players like Rohit Sharma, Keiron Pollard, Ishan Kishan who are in glorious form this time and ready to roar like lion on the ground with their bolstering sixes.


Apart from the best batting line-up, the Blue Army is confident with its bowling line-up too with the addition of the veteran leg-spinner Piyush Chawla, MI’s seamer Nathan Coulter-Nile (Right-arm fast) gave a tremendous performance in the BBL (Big Bash League).

So far MI is the only well-balanced team that has the best playing eleven that results in a match-winning combination and might bring the trophy home again by performing spectacularly on the Indian soil.

Marking its first victory in 2016, Sunrisers Hyderabad is all set to bring back the trophy home again with its newly formed Orange army. This season, SRH will approach the IPL with an all-new fresh mindset. In the auction, the team did grab some new glorious players like Kedar Jadhav (All-Rounder) – Rs. 2 crores and Mujeeb-ur-Rahman (Bowler) – Rs. 1.5 crores and the teams have high hopes from these freshmen.


When it comes to the bowling department then the team can completely rely on Siddharth Kaul, Sandeep Sharma, and Right-arm leg spinner Rashid Khan. And who can forget SRH’s trump card – Bhuvneshwar Kumar.

And, in terms of the batting department, the team won’t have to worry much as it has the two-shining star – David Warner and Kane Williamson. With such a great batting and bowling line-up this year, it is believed that SRH also has strong chances of winning this year’s title.

Under the captaincy of MS Dhoni, the team managed to win three titles so far and have shown many times how strong and dominating it is every season. The key strength of this team has always been strong foreign players Faf du Plessis, Imran Tahir, Josh Hazelwood, and Dwayne Bravo. But no one denies the fact that there has always been an Indian player who guided the team towards victory and this Indian player is none other than MS Dhoni who is a remarkable wicket-keeper, an excellent skipper, and the finest captain.


In order to bring the glory and trophy back, the Chennai team seems to be fueled with high-spirit, and this year the team is looking to be well balanced with vastly experienced Indian players along with some enthusiastic overseas players.

So, who will you be supporting among these three in the upcoming IPL 2021? Get ready to have the best cricket experience this time with a lot of drama on the pitch and great sportsmanship.

Viacom 18 has won the IPL media rights for streaming the next five years of IPL matches on...
IPL

IPL 2022 playoffs are scheduled to begin soon after the group stage concludes. All the teams have played...
News

During the IPL Auction event on 11th February, Aryan Khan and Suhana Khan filled in for Shahrukh Khan.The...
IPL