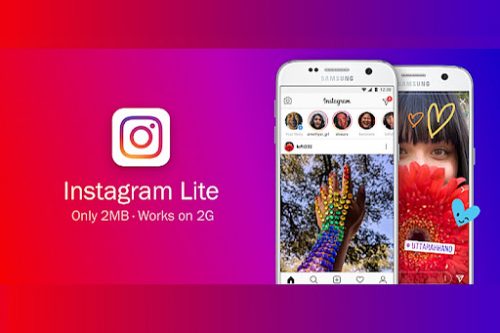 Instagram Lite version expands to 170 countries, regardless of the phone one possesses, connecting to a network and squeezing up storage space has always been an issue. Instagram that targets universality has recently come up with a solution to roll out its services to everyone through a lightweight version. 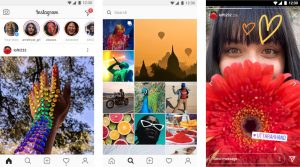 Keeping in mind certain scenarios such as high-speed internet connection, which is not viable around remote locations and the capacity of the phone’s OS and basic data plans, the Facebook team has been working ardently to build a light version of Instagram and finally launched the Instagram lite.


On Wednesday, during the launching of the app, Tzach Hadar, head of the product management for Facebook Tel Aviv, briefed in about the motive behind this project.

With its key motive to be universal and easily accessible to all, Instagram lite was launched to ensure no one was left behind.

It aimed to retain the original experience of the app without sacrificing its speed, high-quality and authenticity in devices that were either incompatible or in poor conditions.

While the regular version of the Instagram requires 30 MB to be installed, the new version only needs 2 MB. However, these upgrades don’t come as a complete boon.


The lite version excludes certain filters such as animations and augmented realities, owning to its size and accessibility.

Furthermore, the TV and reels feature serving as substantial substitutes for TikTok in India won’t be available in this lite version. But other than these few sacrifices, all the other significant features of Instagram are retained and available to use.

The app was initially launched around December in India and is now expanding to 170 other countries.

This is a perfect time for Facebook to launch its app and make a universal mark for its service. Everyone is striving to relay news and everyday life story across several social media due to the pandemic. A comfortable and readily accessible app by everyone as this would prove to be very helpful.

The new feature that YouTube has launched is beneficial. Not only does it make it easy to watch...
Entertainment

Social media has taken a huge toll over #BoycottNetflix. As far as social media platforms like Twitter is...
News

One of the infamous companies Instagram recently has now launched a ‘Parents Guide’ in the latest of its...
Entertainment

Instagram bio for girls of all kinds is listed here in this post. Whether you are a simple...
Entertainment

Nobody could have imagined that Samsung will introduce RAM Plus feature in one of its mid-range smartphones. This...
Technology

Since the Tik Tok along with other 58 apps has been banned in India, the short-form video platform...