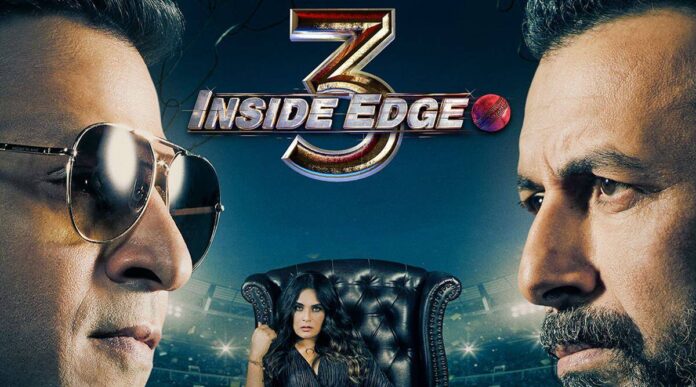 Inside Edge Season 3 Review: With its dark tale about cricket and everything that is wrong with the system. Inside Edge season 3 is still one of the Amazon Prime India original series. Season 3 of Inside Edge is now available on Amazon Prime. The cast includes Aamir Bashir. Sayani Gupta, Vivek Oberoi, Tanuj Virwani, Richa Chadha, and Akshay Oberoi.

Season 3 of Amazon Prime’s first Indian series is underway. You’d think that a gambling and cricket series could only produce so much content. yet Inside Edge continues to amaze you with each season. The second installment may have disappointed certain critics, but we believe the third installment will more than makeup for it.

After the Power Play League (PPLprimary )’s squad, the Mumbai Mavericks, is convicted of game betting and drug use. Even the team is suspended for 2 years from the league. Moreover an investigation is launched to locate the source of the corruption. Will this investigation be game-changing since influential persons like Yashvardhan Patil alias Bhaisahaab (Aamir Bashir), head of the Indian Cricket Board (ICB), and chairman of the PPL, Vikrant Dhawan (Vivek Oberoi), and others are engaged?

Unlike the previous season, this season employs time to travel to follow the lifestyles of all of the main characters as adolescents while also uncovering some terrible truths from the past.

As Tanuj Virwani Portrayal as a Vayu Raghavan. Likely who wishes to be the skipper of the Indian Team, contends for the post against the existing captain of team India. Firstly Rohit Shanbagh, emotions remain high (Akshay Oberoi). Imaad Akbar (Sidhant Gupta), the young off-spinner bowler, also grabs ahold the curiosity of viewers in seeing if he can establish his value in the vital India-Pakistan event.

However, none of them understand they are only pawns in a game. Further it will become more and more irritating whenever anyone secretly tugs the strings and twists everything around for their benefit.

Kanishk Varma’s 10-episode cricket drama is fast-pace and fascinating. The obvious parallel to real-life events, whether it’s the emotions of people watching the India-Pakistan play or their anticipation about who will win the trophy, keeps you engrossed.


Netflix Squid Game Is Causing The Internet To Break 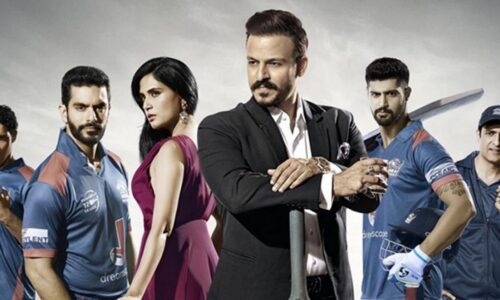 Another outstanding part of this show is its talent and performance. Even Vivek Oberoi has grown as a character for not being the hammy villain of prior seasons. The show’s superstars, however, are Aamir Bashir, Akshay Oberoi, Amit Sial, and Richa Chadha. They are the show’s powerhouse four, capable of holding any scene. They never make a mistake that detracts from the watching experience. Sayani Gupta, Vivek Oberoi, Tanuj Virwani, and others also contribute well.

Jio has a habit of dropping something new for their customers quite frequently. This time they've come up...
Entertainment

The rise of the Tollywood industry in India has made the demand for Telugu dubbed movies grow leaps...
News

Why Zomato’s 10-Minutes Food Delivery Is The Talk Of The Town?

Amazon Black Friday 2020: Are You Ready For The Steal?

Amazon's e-commerce platform is the world's biggest shopping portal, ever created. So, it has deals for the world...
Offers

Best HDFC Bank Credit Card Offers You can avail in 2022

The selection of a credit card is highly subjective and is determined by the purpose for which it...
News

Varisu, an upcoming Tamil language movie which was earlier titled Thalapathy 66 as it is the 66th movie...
Lifestyle

Top Skills You Can Learn From Youtube in Lockdown Period

There is no age to learn new skills and in the internet era, there is no such hurdle...