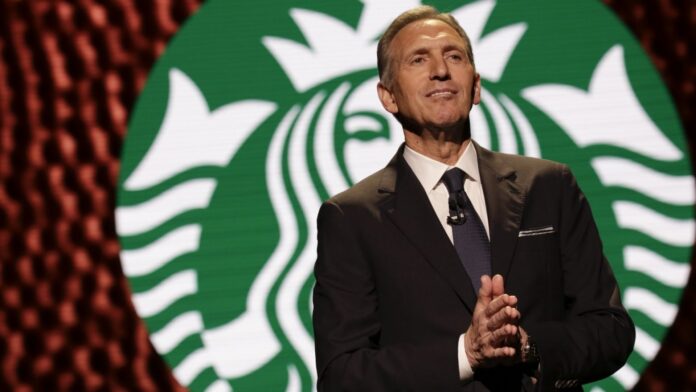 Starbucks is one of the most iconic and influential brands all over the world but it started as a store selling coffee beans and equipment to help brew coffee, so what made Starbucks into a gigantic food chain with more than 30,000 stores all over the world, don’t have any idea about that then let’s take a ride together onto the journey of Starbucks from the day it started till now.

Starbucks was started by three college friends back in 1971 with the vision to sell the finest coffee beans and related accessories, they were not into serving fully prepared coffee back then. They were like any other store in your locality just selling something a little out of the league.

Howard Schultz: The Man who Rose From Rags to Riches.


The journey of Starbucks took a turn when Howard Schultz, the vice president and in charge of sales of a Swedish houseware company who used to take orders from Starbucks for their in-store fittings took notice of the coffee bean selling company and got interested in it. He pursued Starbucks to let him in the business and struggled with their constant “No” for a year with his stubborn attitude. Finally, after one year of hustle, he was appointed as the director of retail operations in 1982.

He went to Milan, one year after he was clubbed with Starbucks and he was intrigued by the way Italian people treat coffee, it was not just a drink to get you through the day but was a medium for people to sit down and connect, to romance over a cup of coffee or shook hands over a million-dollar deal. The cup filled with coffee was silently telling him a story that he wanted to share with the whole wide world.


He brings this idea of having a place just to drink coffee and spend a good time while doing so, in front of his managing partners. But they rejected the idea saying that the idea will not flourish in terms of making any real profits. He later left Starbucks and opened his own coffee shop in the manner he wanted to.

He made good profits and also quite a few mistakes and actually managed to open a couple of coffee shops in the vicinity through a period of several years. While on the other hand, Starbucks was going under heavy fall due to lack of financials and one day the founders decided to look out for Schultz and gave him an offer to buy out the company. Which he eventually did with a lot of struggle of raising more than three million dollars, for which he pitched his idea to 242 people and got rejected by 217 out of them.

He became the chairman of Starbucks in 1985 and the real adventure of his life begun. Starbucks kept on opening stores, one after the other. But they were not making any profit as they focused on making the people who worked with them, happy and well paid. Afterwhich, Starbuck’s growth never stopped and they topped their league. They are now the third biggest food chain all over the world with more than 30,000 stores all around the globe. But there is more to the story.

Howard Schultz had a very hard childhood and his mother was a receptionist while his father was a World war 2 veteran and was into the diaper delivery business. The financial state of his family was quite poor but he managed somehow and started working at the young age of 12 when he got into selling newspapers and worked for a cafe.

He was an excellent football player and later on was given a sports scholarship to Northern Michigan University. He was the only one to graduate in his whole lineage and he wanted to change things for his family. He became the vice president of a big Swedish houseware company at the age of 26.

He was quite successful when he joined Starbucks for a lot less money but his real dream was never to earn money, it was much bigger than that. He had seen the struggles one had to go through if you belong to the other side of the town. He wanted a company that stands a little differently and he quotes “ Starbuck is not a coffee company, it’s a people’s company serving coffee. The employees of Starbucks are valued too much and they have been provided with stock options, free health care, Retirement plans, Adoption assistant and even paid college tuition for the partners.

Also Read- 8 Simple Ways to get Starbucks Coffee for free

He fulfilled his dreams of making a company that serves people and he had retired from his term as the CEO of Starbucks in 2018. He is now planning to run for the presidency in the United States, which he is being fully favored for by the public and even the big ups there. He is not yet satisfied and still wants to help the common man to date. That’s the story of a visionary who taught us the value of something as simple as a cup of Coffee.