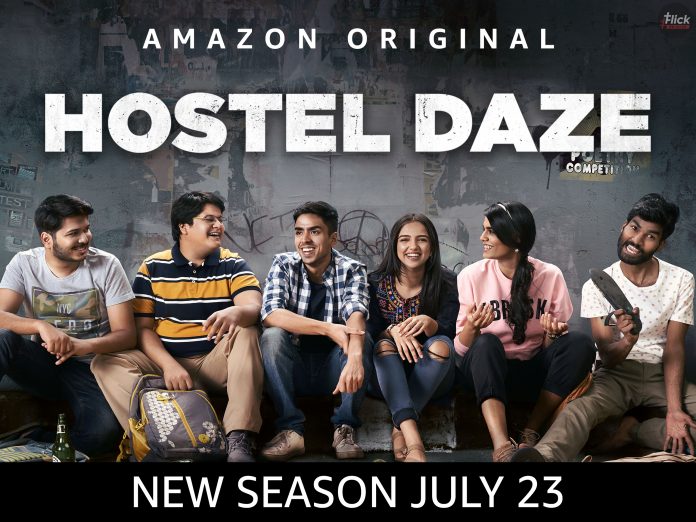 Amazon Prime Video is back on a roll and has recently released a new trailer of Hostel Daze Season 2. As soon as the trailer got released, fans couldn’t resist themselves and the trailer reached a million views on its first day of release. Fans are glad that the second is back with next-level entertaining elements.

The first season was a rocking masterpiece for the OTT platform as it received positive responses from the audience and was also loved by them. In fact, it was obvious that the show will come with a second season next time as hostels always have never-ending stories, and creating a show based on hostel life is something that can be stretched up to a couple of more seasons. 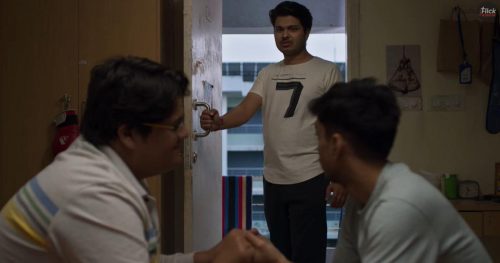 The main reason for getting so many likes was that this show portrayed the hostel life of students with transparency and nothing fictional was added to make it more entertaining. What we have heard or from what we have gone through during our hostel days has been shown magnificently in the show, that is why many people have found this relatable to their days.

Each episode’s representation and opening will remain the same as all the episodes will have a title at the beginning of the story each time. This time our freshers have become seniors and now the tables have turned for our seniors as of now they will be doing ragging that raises the bar of our excitement.

By looking at the trailer, we can say that Ankit (Adarsh Gaurav) will be leading the group this time around who will come up with new ways of ragging. But we shouldn’t be expecting disgusting ragging moments in the second season as the show didn’t show any harmful ragging in the first season. We are sure that the second season will be the same.

In the first season, we didn’t get to see much between Ankit and Akaansha’s story but now we can expect a lot more between them, so there are many things to get unfolded here, and the best part is that ‘Jhantoo’ is still in the group who has his own stardom.

The release date of the Season 2 of Hostel Daze has already been revealed at the last of the trailer and the show is all set to release its second season on July 23, 2021. All four episodes of the show will release on the same day.

Other cast members are:

Hostel Daze Season 2: What to Expect?

It will be a fun roller coaster ride with little ups and downs in the life of a hostler who goes through new challenges when staying away from home with a bunch of different types of people. Hostel life is all about learning everything by oneself by facing and countering the challenges even without any guidance from our parents. This helps hostlers build a mature personality that is very much needed in one’s life to learn.

Those who have never experienced hostel life can learn from this show that will surely benefit them and change their perspective of the world positively. Let us see how the show goes and everyone has high expectations this time.