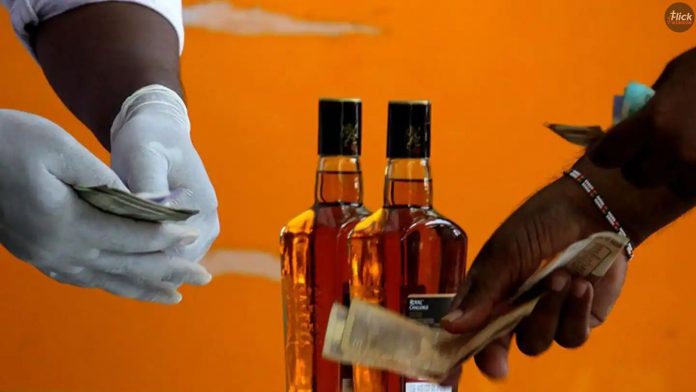 New rules have been notified by the Delhi government for liquor vendors along with strict COVID guidelines to carry out home delivery services. The new rules will come into existence from today and strict actions will be taken against the liquor vendors if the rules will not be followed accurately.

On June 1, a huge announcement was made by the Delhi government that orders for home delivery of liquor will be made through mobile applications or websites and this announcement was made public right after the excise rules which were governing the trade of alcohol in the national capital were amended. 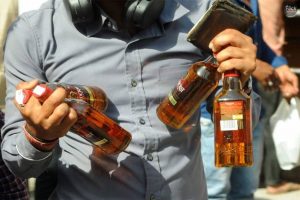 The public may not have the idea that they cannot order alcohol from home today yet, as vendors have to first apply for a license for home delivery services that will begin from today onwards. Those who are not updated with the excise policy, well we would like to inform you that the provision to home delivery of liquor was there in the excise policy 2010 as well, and the request could only be made through fax or email only. Unfortunately, this exercise never came into practice.

According to the previous excise rules, home delivery of liquor was allowed through fax or emails, but due to the impracticality of rules, there were no takers for the L-13 license. And it has been ten years that the government has not issued any L-13 license. Now, the Delhi Finance department is claiming that Rule 66 of the Delhi Excise Rules, will come into effect from June 10.

Still, the home delivery process depends upon the number of applications for L-13 licenses and also up to governments willingness for clearing those without causing any interruption.

As the national capital has started the process of “unlocking”, Chief Minister Arvind Kejriwal has made it clear that all the process whether it might be business-related or social cause will take place at a gradual pace as the Delhi government is really serious and concerned about its public’s health.

Apart from the national capital, Chhattisgarh, Maharashtra, Punjab, Karnataka, Odisha, and Jharkhand are among states where home delivery of liquor is taking place. The home delivery service of liquor was brought under notice last year by the Supreme Court so that social distancing could be maintained as a huge crowd was seen outside the liquor shops.

“The holders of the licenses can serve liquor in open spaces such as terraces, courtyards of clubs, bars attached to hotels, and independent restaurants, where customers will be getting an option to have alcohol in bottles,” mentioned in the Delhi Excise (Amendment) Rules, 2021, which got published in a gazette notification on Monday.

Previous articleSBI Needs You To Do This Otherwise Blocking Your Transactions Will Be There Only Option
Next articleAIIMS INI CET 2021 Exam Postponed by A Month: Supreme Court Orders AIIMS to Hold PG Medical Entrance Test
Flickonclick

Chicken Biryani is without a hesitation our #1 option for nutritious meals. Okay, it's carbohydrates and protein, so...
News

DMRC in Search of Startups for Contactless QR-Code Based Ticketing: Know All The Details

The Delhi Metro Rail Corporation (DMRC) is planning to bring a new concept of a contactless ticketing system...
News

The addition of another wave of COVID-19 in the UK made the whole world fret again. Chief Minister...
Lifestyle

Waffles are the best. They are a blessing to dessert lovers everywhere! This pleasure on a platter is...
Fitness

Diwali is a festival of lights but the meaning of light has not been the very same as...
News

Did you miss carrying your E-pass around? Well Delhi residents, we have a bad news for you. Starting...