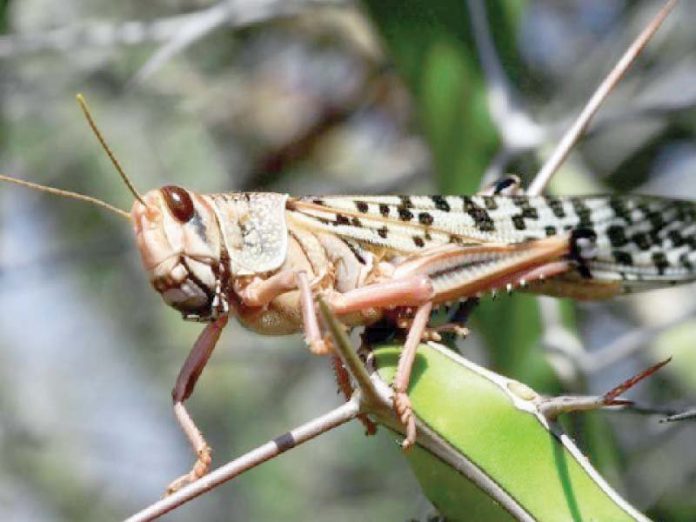 The Pandemic which is going is still in full busting flames and causing people to hide away in their homes for nobody wants to get affected by the COVID-19 situation. While all this is going on, another disaster is heading our way by the name of Locust attacks.

Yes! While some of you may already know or see the videos of an army of Locusts attacking the cities of India such as Jaipur and Maharastra. Many out there are still unknown to this ongoing event.

For those who have no clue, it goes like this. About 3 days back, an army of locusts was spotted flying over Jaipur and forced people to lock themselves down closing every inch and corner so that these locusts may not be able to invade their household.

The current condition is that the locusts have been traveling and have covered about 5 states up until now namely Rajasthan, Punjab, Gujarat, Maharashtra, and Madhya Pradesh.


The attacks are causing a serious chaotic situation and thus, the government has came into action announcing that they’d help out the states in overcoming the problems.

“89 fire brigades for pesticide spray; 120 survey vehicles; 47 control vehicles with spray equipment and 810 tractor-mounted sprayers have been deployed for effective locust control, as per requirement during different days,” the ministry said.

Also Read- What To Expect From Lockdown 5.0 Which Is Highly Likely To Be Imposed From June 1st


While all this was going on, It was reported that the swarm splittd into two groups after pesticides were sprayed on them in Maharastra Oregon and either pack headed along different routes.

“The swarm traveled over 100 km on Wednesday from Andhalgaon, Mohadi taluka back into Ramtek tehsil in Nagpur, and again into Tumsar Bhandara. They have settled at orchards surrounding Temani,” said Ravindra Bhosale, divisional joint director agriculture. 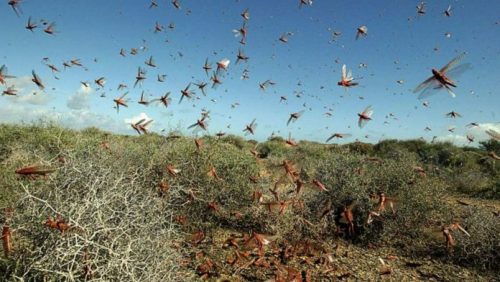 This condition might force people to seal away in their households while they’ve already been in a lockdown currently. This may look like a dire situation for urban individuals but would create in the life of rural whose crops would be endangered by the locust attacks.

Also Read- What To Expect From Lockdown 5.0 Which Is Highly Likely To Be Imposed From June 1st

The income sources have already been dead for many and in such a situation if your harvest turns into a pile of rubble. Then its sure is a cause of concern for give best and as well as the farmers who’ve invested their blood and sweat into keeping up their cultivation.

There has been a high already issue for regions starting from Delhi to Karanatka expecting a probable locust attack anytime soon.

Previous article
What To Expect From Lockdown 5.0 Which Is Highly Likely To Be Imposed From June 1st
Next article
Details on Unlock 1.0 Starting From June 1st and PM Modi’s Addressal
Flickonclick

Delhi and Maharashtra- the two severely hit states in India- is planning to apply complete lockdown till June...
Entertainment

There would hardly be any person in India who doesn’t know about MS Dhoni. He has a huge...
Lifestyle

With the onset of winters, the crowd gets excited for the night of Christmas. They want to go...
Entertainment

Delhi is a food lover’s hub, and speaking of shahi paneer there is an end number of restaurants...
Entertainment

Do you know that there around 250 places in Delhi where you can have your yummy breakfast at...
News

Why and How Indian GDP Crashed by Almost 24% This Year?

The Centre kept its decision in front of the Supreme Court that it totally rejects the idea of...
Lifestyle

Do you love Chicken Shawarma and want to eat the best that you can find in Delhi NCR?...