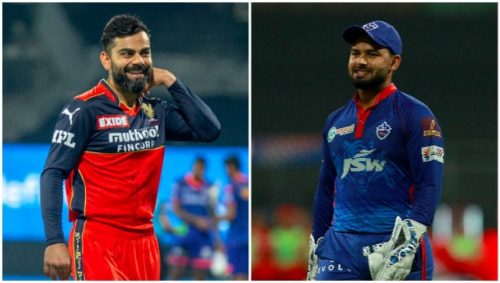 IPL 2021- The Challengers who were the undefeated champions since their last match with CSK are having a tough time after that. Despite them winning against the Delhi Capitals, it was a very close call. 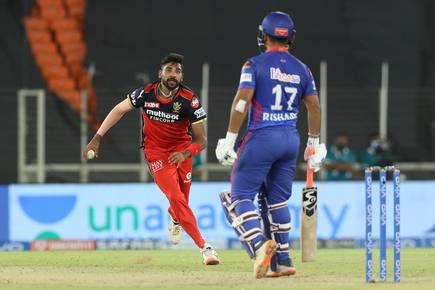 It was quite astonishing to see RCB celebrating a boundary from the other corner. But the happiness of a successful pursuit of victory was evident on the face of RCB’s side.

Moving onto the match, RCB opened the first innings with the bat with their set duo, Virat Kohli and Devdutt Paddikkal.

Unlike previous times, the duo did not prove that good this time. With Virat going back at 12 runs and Padikkal following his captain in just the next over at a score of just 17 runs, the pair might have disappointed some loyal RCB fans.

While Patidar stretched up to only 31 runs in 22 balls and Maxwell went back at a score of 25 on 20 balls, the one true star from RCB’s side was AB De Villers.

He not only scored a half-century but with his 3 fours and 5 sixes, bring back RCB at a very respectable score of 171 runs in 20 overs.

Coming onto the innings of Delhi, they had a bad start with Shikhar Dhawan going back in the third over itself at a score of 21 in 18 balls.

Next Steve Smith also went back at a score of only 4 runs. It is to be mentioned that he showed a good performance in fielding against RCB in this match, which is quite commendable but he failed to deliver with bat, where he was more needed.

Rishabh Pant gave the much-needed momentum to Delhi along with Marcus Stoinis. But Stonis was soon back to the pavilion at a score of 22 on 17 balls.

For the crucial last few overs, Shimron Hetmyer was given the command, and what a performance by him, it was a memorable one. With 4 sixes and 2 fours, he shot 53 runs in merely 25 balls and completed his half-century. The game ended when Pant hit a four when a six was needed on the last ball.

The last over was quite crucial and it was believed that if Hetmyer was on the batting end rather than Pant, they could have ended in a different direction.

The next match is to be fought between CSK and SRH. With CSK being on the top of the table and having defeated the undefeated RCB, their morale is on another level.

Let’s see what goes down in this battle as well because you can’t predict the match or can you?

Well! If you can then drop the name of the team who will take today’s victory in the comment.