Google recently launched the Pixel 6A at the Google I/O 2022. The smartphone succeeded the Pixel 6 launched by the company in 2021. It will hit the USA market in July 2021, and Google will release it to Indian customers later on in the year. The Pixel 6A is Google’s best bet in the middle price range and will go head to head with iPhone SE developed by Apple.

Here’s the detailed comparison of Pixel 6A and iPhone SE:

The Pixel 6A will come with a 6.1-inch OLED display with 1080p resolution and a 60Hz refresh rate. The phone has an in-screen fingerprint sensor for handling biometrics. In contrast, iPhone SE has a 4.7-inch Retina HD display with a 1334×750 pixel resolution and True Tone to suit different lighting conditions. 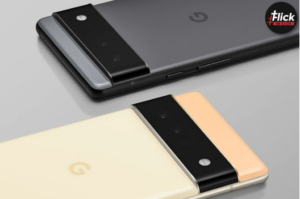 Pixel 6A operates on the Tensor chip developed by Google, while iPhone SE harbours Apple’s A15 Bionic chip set. Pixel 6A will come with the latest Android 13, which will be released by Google in the next month, while the iPhone SE comes with iOS 15 and Apple’s promise of bringing the subsequent four upgrades to the device.

The Tensor chip is the same that was used in Pixel 6. The processor has failed to counter the Qualcomm Snapdragon and Samsung Exynos in the past, but Google promises that it has made a few amendments to make it better. 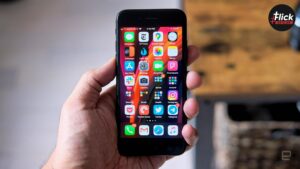 Pixel 6A flaunts a dual rear camera with the primary one being 12.2 MP while the secondary ultrawide camera is of 12 MP. Google claims it can record videos in 4k. On the other hand, iPhone SE has a single 12MP camera at the back, which can also record 4k videos.

Pixel 6A packs an 8MP camera on the front, while iPhone SE comes with a 7MP selfie camera.

Google has announced the starting price of $449 for Pixel 6A in the US market. The pricing for the Indian market will be revealed later on in the year. Apple charges ₹43,900 for the 64GB variant of the iPhone SE.

Google has announced a new feature that lets you turn yourself on Google. In this new feature, users...
Technology

iPhone devices are loaded with features and mainly offer ample internal storage, which can store loads of videos,...
Technology

Google has been taking violent action on apps that can harm users ever since its start and recently...
Technology

Have you heard about stack? A new competition to CamScanner, developed by the Area 120 team of google....
Technology

At the developers' conference, Google held its event Google i/o 2022 to introduce upcoming features and technology to...
News

Google Pixel 4a was launched sometime back and it gained all the limelight for being a device with...