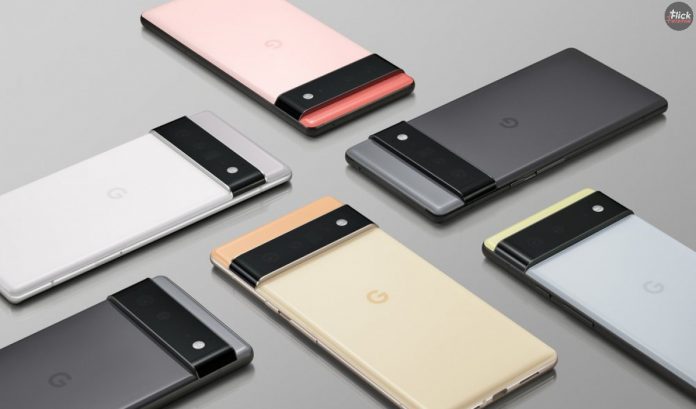 On August 2, 2021, tech lovers encountered an unexpected announcement made by Google regarding the upcoming Pixel 6 series. The series includes the vanilla Google Pixel 6 and Google Pixel 6 Pro variants. The expected difference between the two variants can be around the display and the camera module.

There is a lot more to be discovered about the series but rumors suggest that the Pro model is likely to pack a bigger battery capacity that will allow users to remain stress-free about battery consumption and its usage. Google will announce its full specs, pricing, and availability details later this year in Fall.

Certain links suggest that the upcoming new Pixel smartphones will be launching in only eight markets, and unfortunately, India is not mentioned in the list.


No Google Pixel 6 in India: Is it Confirmed?

The new Google Pixel smartphones are more likely to go on sale later this year in selected eight markets and sadly, India is not on the list. The list includes the United States, United Kingdom, Canada, Australia, Japan, Germany, France, and Taiwan.

There is some time for Google to make the official announcement of the confirmed list and we may get to hear more about the same at the Fall event. In the past, Google skipped launching its flagship Pixel 4 and Pixel 5 series in India, that is why this time too it won’t be a surprise if the company do this again with the Pixel 6 series.

It is expected that the search engine giant might launch the Pixel 5a or some other Pixel-A series phone in India, but there hasn’t been any official word on the same.

The upcoming new range of smartphones is going to run on the latest Android 12 and will be embedded with a custom chip called Google Tensor, details of this chip are expected to be unveiled soon by the company. However, the company revealed some of its highlights that it has the most powerful AI and Machine Learning (ML) models that will offer a highly advanced and transformed experience of its camera, speech recognition, and other features.

It will remain restricted with the dual-camera setup, whereas the Pro will sport a triple-camera array. Details about its sensor resolution are yet to be determined, however, the search engine giant has revealed that the Pro version has a 4X telephoto and it shares the same main and ultrawide camera found on the regular Pixel 6.

The front of the regular Pixel 6 smartphone will get a 6.4-inch Full HD+ 90Hz AMOLED display, whereas, the Pixel 6 Pro will be available with a 6.7-inch QHD+ AMOLED curved display with a 120Hz refresh rate. And as per the front camera, both the devices will have a hole-punch camera cut-out on the top. Apart from these details, the rest of the specifications and features will be revealed later in the Fall event.

Previous articleFailed Products: 06 Things From The Electronics World That Failed Our Expectations
Next articleSecure Your WhatsApp Messages Before Hackers Get To Them!
Flickonclick

5G has arrived with lightning-fast internet speeds in India, and many people wonder whether their smartphone supports 5G....
News

With the upcoming Google Pixel 6, there's much to change, including everything on the inside too. The biggest...
News

Seeing advancements everywhere raises a curiosity in our heads what future smartphones will look like? Our generation was...
Technology

Poco X2: By Xiaomi is Here. Checkout the Features

The all-new Poco X2 by Xiaomi is here and the on-paper specifications are capable to appeal to anyone...
News

2020 had given us plenty of history but smartphones were the ones who pushed us to the future...
Technology

Google Pixel 4a, which has been a much talked about the device already in the mobile markets of...