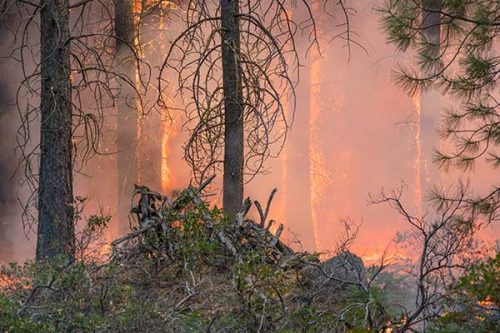 Amid the COVID-19 pandemic in the country, Uttarakhand Wildfire has made the situation difficult for the people to deal with. For the past week, the state has been dealing with heavy wildfire spread across the forest. 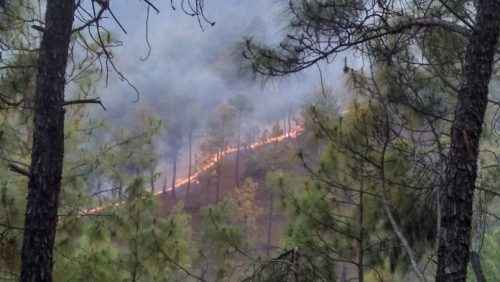 As per the ground reports, people in the Uttarakhand have had to deal with 46 wildfire which have affected over 51.34 hectares of forest land. This has put a majority part of the terrestrial wildlife species into the red circle.

When asked about what the state is planning against the wildfire, Dr. S.S. Negi, former Director-General of Forests with the Ministry of Environment, Forests, and Climate Change told that sprinkling chemicals have been avoided due to further contamination.

These forest areas meet major state water bodies down the way. And the chemical wash-off could result in more severe situations for the nearby villages. The estimated losses have been estimated to be around Rs 1.32 lakh.

Dr. Negi also discussed some after-effects of the wildfire in the state. As by this, soil retention capacity will be highly affected that will experience strong erosion in the upcoming monsoon. As for the flora, it could take 2-3 years to regenerate.

This would be leaving the essential microorganisms taking more time to develop again. Adding to the after-effects, Dr. Negi also told us about the sources of the wildfire and how to prevent such sources.

From the statistics, the high concentration of the Chir pine trees has caused the wildfire. These needle-like structures accumulate on the ground, leaving them open to scratch or rubbing against each other.

Such trees have a high content of the resin in them which makes them highly flammable. Experts suggest that replacing Chir Pine with mono-culture pines, or with a broad-leaved plantation could be a long-term solution to the ongoing wildfire.

In 2018 alone, the state reported 264 fire spread cases in total. This number rose to 1,170 incidents in 2019. And now, 2020 has already seen a drop back in the calamities, the officials are hopeful that there could be less damage from the wildfire in 2020.

This could be from the medium rainfall experienced in the early months. Also, there is a high moisture content in the air which can also contract the wildfire. That will be a relief to the government as it is already dealing with a lot right now.

But in all this a sudden rise in the number of fake news also rose up and while the situation is quite under control, it was made to seem like another tragedy that have hit in 2020. People started creating social media posts and blogs about the same. Demanding that why a good amount of attention is not given to the matter.

The forest fires are actually quite common in the hilly areas like Uttarakhand and Himachal Pradesh and they’ve been happening ever since. This is a cause of concern but it doesn’t mean that we should spread fake news such as these.

There have been some amendments in Central Motor Vehicle Rules 1989 from 1 October 2020 by the Union...
News

Former President of India and Congress party old-hand Pranab Mukherjee passed away on Monday at the age of 84....
News

Indian Government has made some tremendous changes in their various existing policies and have introduced some drastic changes...
News

Google for India, the sixth annual event held today. Due to COVID-19, it was a virtual event for...
Entertainment

Lollapalooza, the annual American music festival, is now coming to India in 2023. Instead of its traditional four-day...
News

The supporters of Ram Mandir throughout the country became a prime witness of the foundation of the temple...