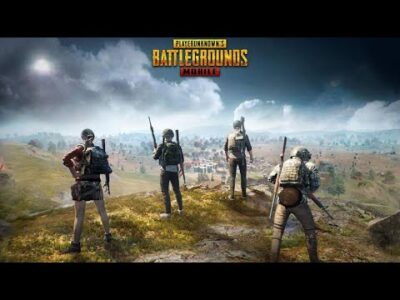 We all know the fever of PUBG in India in the minds of the kids, from ‘dinner dinner chicken dinner’ ‘ I need ammo’ to screaming in squads for ‘reviving each other’, we have seen all the craze, we all have that PUBG player friend don’t you agree? But here’s a whole new height of madness that this Punjab kid has crossed by spending 16 lakhs on the game. Yes, you heard us right!


A teenage boy in Punjab lost nearly Rs 16 lakh from his parents’ bank accounts on the popular battle royale game PlayerUnknown’s Battlegrounds, better known as PUBG. The whopping sum of money was spent on buying in-app items, including artillery, passes for tournaments, and virtual ammunition over a month’s duration. The parents have claimed the huge amount was set aside as savings for the teenager’s father’s medical expenses.

The PUBG fever in India has definitely crossed heights in this scenario clearly!

Now, this is something we all can’t even imagine (or afford even :P). This 17-year-old kid pretended to study online in front of his parents but played PubG instead. The boy was aware of the bank details linked with the same phone that he used to play on, the boy deleted all the bank transaction messages to delete the track of the ‘PUBG purchases’.

The boy even used his mother’s phone to use the PF fund for the same purpose. Parents had saved all the money for the kid’s future purposes and medical expenses. The parents got to know about all this through the bank statement later.

Now the father has made the boy work in a scooter repair shop in order to understand the value of hard-earned money.  They can’t allow the kid to stay idle for a minute even. For once it looks a joke but for the parents, it is kind of a difficult situation.

PUBG Mobile outshone other games to have raked in the highest revenue in the months of May and June, according to Sensor Tower. The main source of this revenue is mostly the purchases made on the app for Unknown Cash (UC) that is used to buy items such as artillery, fresh ammunition, and passes to tournaments.

The social media giant that has paved the way for an entire generation of social media apps, Facebook,...
News

As announced by the Union Ministry of Health & Family Welfare recently, the National Entrance-cum-Eligibility Test (NEET) will...
Offers

Amazon Prime Day Sale 2022 is just around the corner. The e-commerce company will hold its sixth Prime...