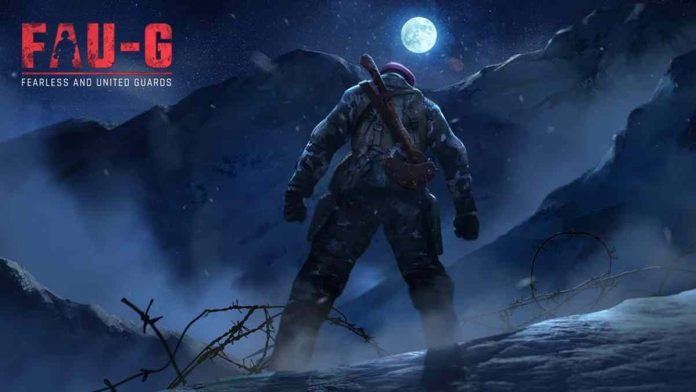 After delaying the launch of FAU-G (Fearless and United Guards) for so many days, nCore Games have finally lifted the drapes and now the most awaited Indian game is available on Google Play Store for Pre-Registration. The company doesn’t seem to be accelerating because it is launching FAU-G on android devices first and there isn’t any report which confirms that the game will also be available on Apple’s App Store. It seems that FAU-G is ready to compete against PUBG and will try to draw Indian gamer’s attention towards itself before PUBG re-launches in India.

Gamers who have already done their pre-registration for FAU-G on Google Play Store will receive a notification to let them know that the game is now available to install. The game will be automatically downloaded and installed on compatible and eligible devices. The size of the game and launching date has not been disclosed yet, only pre-registrations are open.

One thing got cleared after hearing about the pre-registration of FAU-G on Google Play Store that the pre-registrations which were happening on Tap-Tap (mobile gaming community platform), were totally fake. So, if any of the users have pre-registered over there, please be cautious because this can be a scam and all your data might get transferred.

Well, the trailer has revealed much about the game and it is highlighting the clashes between the Indian and Chinese armies at the Galwan Valley along the Line of Actual Control (LAC). But after going through the description, it has been founded that the game focuses more on the lives of Indian soldiers, the challenges they face at the border, and how they patrol the dangerous territories.

The first teaser of the game went live on 25 October 2020, and the game earned great reviews from the Indian gaming community as this is going to be the first Indian mobile game that is getting so much support, also getting sponsored by Bollywood ka Khiladi – Akshay Kumar. Recently, the launching of PUBG mobile India has also become sensational news because this game too is delayed for its release as the company has not been able to get a green flag. Both the companies are in a hurry to launch their games as soon as possible and December is going to be a very exciting month because both the games are going to clash together.

Let us see if FAU-G turns out to be a promising game in highlighting a popularized phrase “Atma Nirbhar Bharat” said by our Prime Minister Narendra Modi. nCore Games did mention that 20 percent of the net revenue which is going to get generated from the game will be donated to ‘Bharat Ke Veer’, a trust which has been set up by the government for the families of those soldiers who were killed in the line of duty.

Visual marketing is here to stay. After all, articles with more images get more shares on social media...
News

Popular battle royale game Like Pubg, Garena Free Fire has been banned in India due to legislative safety...
Technology

Mobile security is an important issue that is all-too-often overlooked. A recent study conducted by the University of...
Technology

Telegram update has got users eyes on it yet again. It has been almost three-weeks after the announcement...
Technology

It’s 2021 and sadly we had to see Hike StickerChat, formerly known as Hike Messenger, go away, as...
Technology

Information is essential in today's society. What do we mean by that? Consumers base their decisions on the...
News