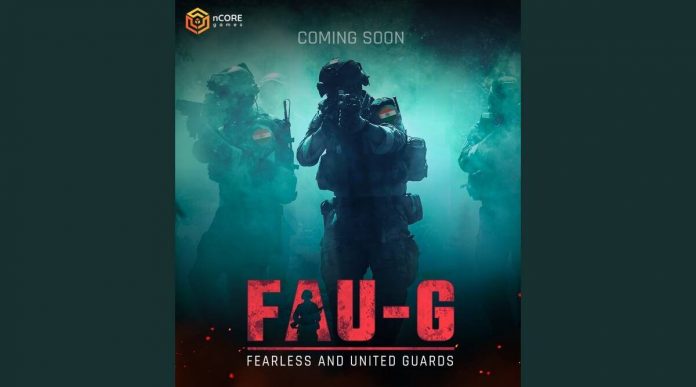 FAU-G, which will be an India version of PUB-G by the Bangalore based developers Ncore games is soon to be launched. The app is in partnership with Akshay Kumar who’ll act as a guardian and provide PR support for the same.

PUB-G has been banned by the Indian government recently in order to ban all the Chinese mainstream apps that could be doing a possible data theft. There were a total of 112 apps but the highlight of the ban was this first-person shooter game.

In the first round of app bans, TikTok was banned and we’ve seen that the market got flooded with apps that were based on micro-content trying to fill in the void TitTok ban had generated. Some of the apps even got up to the extent of trying to copy the logo and app name up to a certain extent, one such app is MX TakaTak.


Announcing the launch, Akshay Kumar tweeted about the game and linked it with the Atmanirbhar yojna by PM Modi itself.

Supporting PM @narendramodi’s AtmaNirbhar movement, proud to present an action game,Fearless And United-Guards FAU-G. Besides entertainment, players will also learn about the sacrifices of our soldiers. 20% of the net revenue generated will be donated to @BharatKeVeer Trust #FAUG pic.twitter.com/Q1HLFB5hPt

It was definite that there would be a number of apps that would join the horde for filling the void after the PUB-G ban. But this soon was not expected, which tells us that the apps were already in production.

Nonetheless, the basic Indian PUB-G user is still not fascinated as they’ve seen what the Indian market did with TikTok replacement and that there was no viable product for replacement.

Also, it was developed by Tencent, which is the world’s number one company when it comes to Video Game titles in terms of revenue shares. This is why it is quite evident that all that FAU-G ever would do is promote the Atmanirbhar scheme and would be a quick PR for the Ncore team.


Despite all the facts, the game is predicted to receive massive downloads on the very first day due to two reasons. First is that Indians are currently in a state of mind that they need to shift to everything India and companies/manufacturers know that very perfectly.

This is why even companies are shifting manufacturing plants to India as Indians make up for quite a large percentage of many businesses due to the dense population.

And the second reason is that, with PUB-G gone, the addicted player do need something for their entertainment, and trying a new app in the hope of getting something viable does not sound too bad.


Let’s see what happens and at this point in time, not much has been revealed about the app.

Previous article
Jio Fiber Offers Netflix, Amazon Prime and 10 Other OTT With Their Selected Packs
Next article
Why and How Indian GDP Crashed by Almost 24% This Year?
Flickonclick

Mobile security is an important issue that is all-too-often overlooked. A recent study conducted by the University of...
Technology

Mobile apps are one of the best and smartest ways to build a brand presence. It can help...
Technology

Information is essential in today's society. What do we mean by that? Consumers base their decisions on the...
Technology

PUBG Mobile India is all set to make a comeback to the Indian market after PUBG was banned...
Technology

After delaying the launch of FAU-G (Fearless and United Guards) for so many days, nCore Games have finally...
News