Everything You Need to Know About Paytm’s Newly Added Charges. 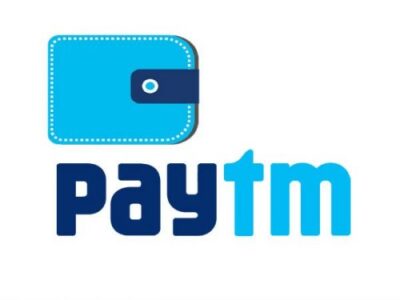 Paytm is an e-commerce payment system trusted by millions of users with a value of $10 billion in the previous year. The mobile wallet company, Paytm recently released a list of all charges, when you add money via credit card or from e-wallet to your bank account.

At the same time, if the entire money added through your credit card including the current transaction exceeds the value of 10,000, the company would charge an amount of 1.75% on the transaction as a whole besides GST.


The following are two examples to make the above statements more clear. In case one, suppose you add an amount of 12,000 INR, a fee of 240 INR will be charged and on a total 12,240 INR will be deducted from the credit card.

Usually, people do not prefer this kind of system where they are charged for transferring the amount. But still, there are millions of users who still prefer using the app not exactly for the transactions that demand charges but for the payment through QR code.


The QR code launched by the mobile wallet company for the merchant payment purpose, today enjoys a 54% market share of mobile payments. To avoid various kinds of charges, people prefer using debit cards or UPI. Though purchase at the merchant site is absolutely free. Also paytm to paytm wallet transfers do not charge extra money.

But at the same time, the company charges 5% in the case of money transfer from Paytm wallet to Paytm payment bank or any other bank account.


Paytm bringing in such changes and adding extra charged might not sound good to those users who’ve been using the app quite a much for their day to day transactions. But Paytm has to maintain a business front and money is what keeps them in the game, so one can forget about the rollback of any such charges but be prepared for some new ones as well.

Previous article
How to save yourself From Online Frauds?
Next article
Netflix Testing New Features to Speed Up Through Boring Episodes.
Flickonclick

Paying gas bills has become much easier and convenient nowadays. Long gone are the days where you had...
Technology

Paytm has been one of the entities in today's time which has turned from a luxury to a...
Offers

Latest Paytm Offers that you can Avail in Oct 2021

Whether it's an online payment, a recharge, or purchasing movie, train, or aeroplane tickets, Paytm has you prepared...
Technology

Paytm Mini Appstore is the new inclusion from Paytm's side and this time they're looking to take over...
Technology

Paytm Mini Appstore is the new inclusion from Paytm's side and this time they're looking to take over...
Offers

The excitement among shoppers is high as Flipkart's Big Billion Sale is almost here and well! they might...
Finance

Paytm IPO: one of the biggest public offerings today; should you invest money?

Latest Paytm Offers that you can Avail in Oct 2021

Whether it's an online payment, a recharge, or purchasing movie, train, or aeroplane tickets, Paytm has you prepared...