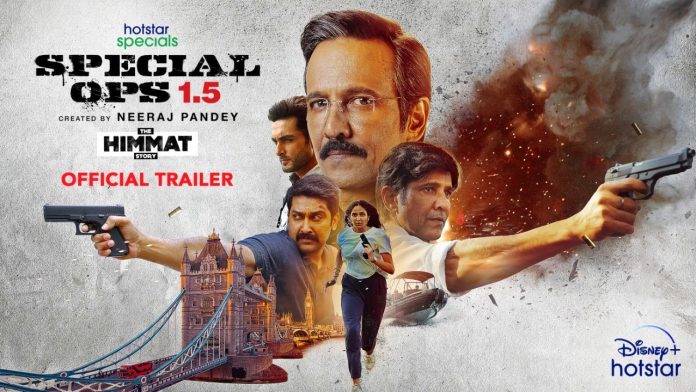 We can finally say that the wait to see Himmat Singh (portrayed by Kay Kay Menon) back as a special agent is over.  Following the popularity of the first part of Special Ops, there were various rumours to predict Special ops 2.0 but latterly they all were false. As the story continues of Himmat Singh, Special Ops 1.5 will be released on Disney+ Hotstar on November 12th, 2021. The trailer is now live on YouTube, click here to get a hint of what is going to happen in the next season.

It travels back to 2001 to investigate the occasions that shaped Himmat Singh into the guy and special agent that he is today. Aftab Shivdasani and Aadil Khan will join Parmeet Sethi, KP Mukherjee,  Vinay Pathak, and Gautami Kapoor in the web series special ops 1.5. 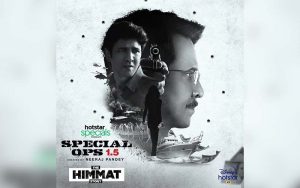 Special ops 1.5 trailer leaks online prior to its release

The trailer video was leaked online ahead of its scheduled release. Viral Bhayani, a famous photographer, posted the same on his Instagram account. The leak sparked outrage among fans. However, however neither streaming service nor the creators have made an official comment on the issue.

Special Ops has successfully established a space in the emotions of audiences as each actor’s tale became an essential driving force in the show,” Neeraj Pandey said about the new season. But one figure in particular struck out for fans: Himmat Singh. We sought to construct the World of Special Ops and give the fans of our show a glimpse inside the creation of their beloved R&AW agent with Special Ops 1.5: The Himmat Story. In the first chapter, viewers will learn what made Himmat Singh the man they adored.

The trailer for Special Ops 1.5 is now available, and it appears to be every bit as exciting as its predecessor. This season of the drama, which stars Kay Kay Menon in the lead role, delves into the beginnings of Menon’s Himmat Singh and how he ended up in the intelligence service R&AW. In the video, we find Vinay Pathak’s Abbas Sheikh being interrogated by authorities played by Parmeet Sethi and Kali Prasad Mukherjee, who are looking into Himmat’s life following the events of the past season.

Aftab Shivdasani, who has a big role in the series, is also featured in the trailer. It indicates that Kay Kay and Aftab’s roles are working together on a matter that will result to a global probe that would ultimately cement Himmat’s position as a top officer.

The Neeraj Pandey series debuted in 2020, just days before the lockdown, and quickly became one of the most entertaining Hindi web shows in the Indian OTT industry. Special Ops 1.5 will be available on Disney+ Hotstar on November 12 2021 on Disney + Hotstar.

Previous article
Sardar Udham movie review: An untold story of another freedom fighter
Next article
Netflix Just Dropped First Trailer For Dhamaka and We Could Not Be More ‘Bombed’
Flickonclick

Tandav, a new web series on Amazon Prime is ready to make your weekend entertaining. Now, one more...