Everything To Know About The Proposed National Recruitment Agency 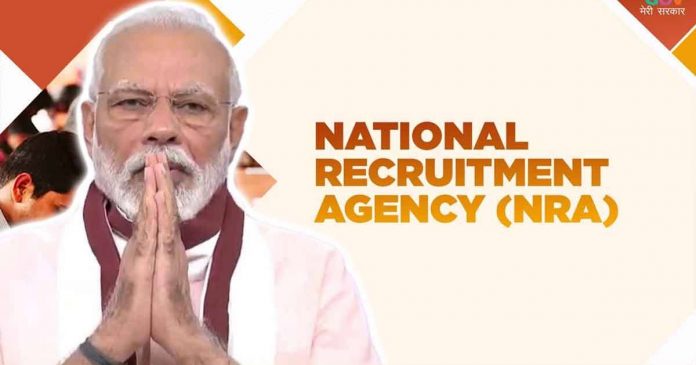 The National Recruitment Agency is a body of government that would be dealing with the recruitment of candidates for a job in central government. The agency is not yet formed but is proposed by the Union Cabinet which is led by the Prime Minister itself. 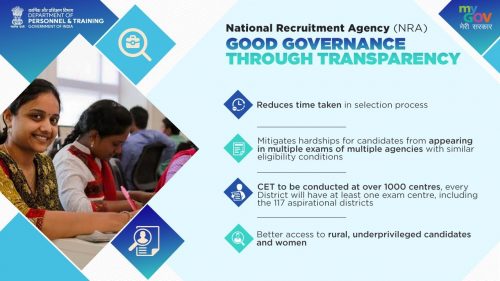 The need for such an agency is a must because the current system is a symbol of inefficiency. There are about 3 Crores aspirants who enrolled for a nearly 1.25 Lakhs vacancies every year. They have to go through a rigorous process and various exams in order to secure a job in the central government.

Now, the role of the NRA would be to make things much simpler and bring the inadequate system to level, making it more efficient than it ever was.


The NRA is said to conduct a Common Eligibility Test (CET) which would filter the most ineligible candidates in the first round itself. Afterwhich, based on the score in the CET, one can apply for a vacancy with the respective agency as allotted to them.

The NRA will shortlist candidates only for group B and C posts only. These posts are in the nontechnical fields and until now have been governed by SSC, RRB, and IBPS.

There would be three levels for the test:

Afterwhich, the candidates would be divided into tiers (1,2,3) and would be handed over to respective agencies for the next rounds which are agency-specific.

The conduction of National Recruitment Agency is required to be made easily accessible to all, which is why each district would have its own examination center. This way the people who are not that economically sound, or based in remote areas would also be benefitted equally.


The score of CET would be valid until three years of the exam being conducted. While there is no limit on how many times one can give the exams, but the result of the latest attempt would be deemed the current score of the candidate.

The exam would be made available in 12 languages which would make sure no eligible candidates get left out.

Conduction of the NRA would make the process of recruitment snappy. It will save time and also saves money on resources spend on taking multiple examinations.

The current budget that has been set up for the National Recruitment Agency by the Union Cabinet is INR 1517.57 Cr, for a period of three years.

Previous article
Apple’s Upcoming iPhone 12 To Be Manufactured In India
Next article
Gmail Down Since 9:30 AM, Work From Home Employees Are Enjoying This Uncalled Holiday
Flickonclick

At last, the central government of this culturally diverse nation with a huge population has decided to roll...
News

10 Mistakes every UPSC Aspirant must avoid while Studying

Cirkus, the Bollywood comedy movie directed by Rohit Shetty released in the theatres on 23rd December 2022 and...
World News

During a Euro 2020 press conference, the actions of the football star Cristiano Ronaldo led to a controversy...