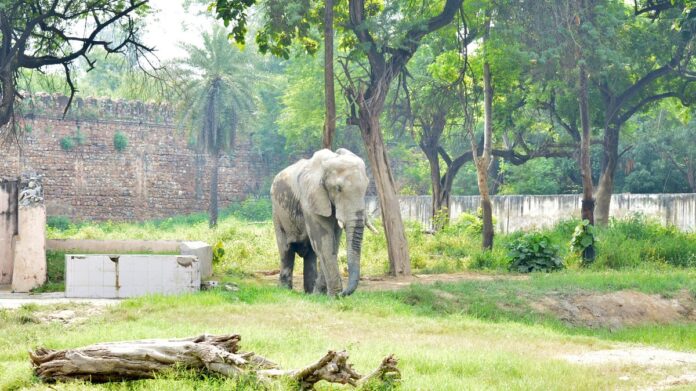 Delhi Zoo (The National Zoological Park) has brought in an interesting adoption scheme for the people who love animals and want to contribute to their betterment. This new Animal Adoption Scheme is aimed at letting people sign up for the adoption of the animal of their choosing and contributing towards its wellness and care.

The Delhi Zoo director Dharam Deo Rai released a statement in which he said that this new Animal Adoption Scheme is the first time a policy like this has been introduced in India, and this will certainly help in connecting people with the animals and getting the support of our Delhiites in saving the wildlife.

How will the Animal Adoption Scheme at Delhi Zoo work?

The new Animal Adoption Scheme at Delhi Zoo will let people adopt an animal which they want by paying a certain amount that will be used in the care of that particular animal. After the adoption, the enclosure of the animal adopted will feature the name of the person who has adopted the animal.

The adopter will also be provided with an ‘adoption membership card’, which will let him/her visit the Delhi Zoo at least once per month during the visiting hours. According to the Zoo authorities, the adoption would only be for a year or two in the initial phase of the scheme.

If an adopter wants to withdraw his/her adoption, then they will be allowed to do that but without any refund. The money received from the adoptions will be used for the overall improvement of the existing zoo facilities.

What will be the Rates for the adoption according to the Animal Adoption Scheme at Delhi Zoo?

Currently, the National Zoological Park authorities are still finalising the rates for the adoption of animals. However, they have hinted toward pricing, which we have listed below.

Note: These pricings are just estimates and can change when the new Animal Adoption Scheme is completely launched at the Delhi Zoo.

Are you looking for a perfect location for your date? Well, then giving the MaplePods a shot would...
Lifestyle

Want A Weekend Getaway Near Delhi? Visit These Places

Our weekdays are generally so hectic, so we all expect some relaxation during the weekends. Especially if you...
News

The Delhi Government has issued a lockdown notice for the period of the next six days starting from...
News

The ideology of Sikhs says "Everyone is the same", it's their faith that believes in equality and service...
Fitness

Diwali is a festival of lights but the meaning of light has not been the very same as...