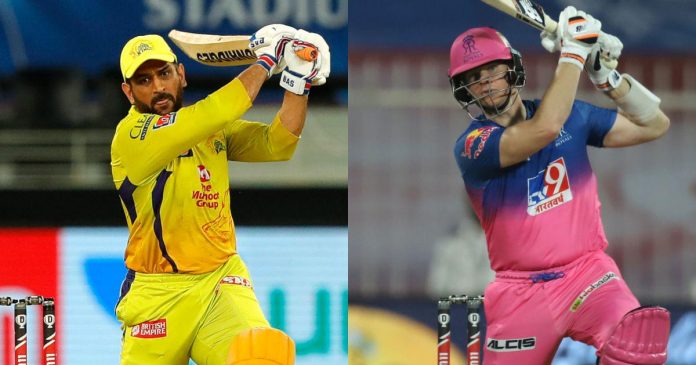 IPL 2021 Results (Match 12)- In the battle between Csk and RR, the former won the game by 45 runs. Not only that but CSK jumped to the second spot on the IPL 2021 Points table with the victory. 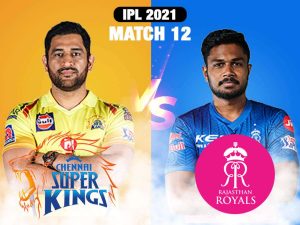 Talking about the match, RR won the toss and decided to bowl first. Starting with the bat first, the CSK started their attack but initially they were slow and lose some of their wickets as well against the Rajasthan Bowlers.

But as the match headed on, each one of the CSK players contributed to a decent total of 188/7 in 20 overs. Although, none of the players crossed the 50 run mark but still they hold their ground high against the Royals.

If we’re to talk about the bowling attack from RR side, youngster Chetan Sakariya was the man of the hour as he took three crucial wickets.

The Royals started strong with Jos Buttler’s 49 of 35 balls. But soon after, during the mid way of the game, the spinners showed their magic and destroyed the Rajasthan’s attack. Starting from the 11th over till the end of the 14th over, RR lost a total of 5 big wickets with just a total gain of 8 runs in totality.

After Jadeja took out Buttler, team was bound to fall as David Miller, Riyan Parag and Chris Morris were sent back to pavillion by Moeen Ali afterwards and the game became pretty one sided.

The match ended in CSK’s win as the Royals were only able to put a total of 143 in 20 overs during the second innings.

This season of IPL started with a bang and every match is bringing more and more excitement only. Currently, we’re at the commencement of the 13th game of this IPL season, which is scheduled for today.

At this point in the game, we have a good standing of where all teams are and which of these players are excelling at best of their potential.

With that said, the IPL 2021 Point’s Table is lead by none other than RCB who haven’t lost a single game up until now. Followed by them, CSK is taking the second spot and then comes Delhi Capitals and Mumbai Indians on the 3rd and 4th spot.

Currently, Delhi Capital’s Shikhar Dhawan is the one bearing the Orange cap with 186 runs in three games.

Close to him, Glenn Maxwell from RCB is running second for the orange cap with176 runs in three games.

RCB’s Harshal Patel is the current owner of the purple cap with his massive 9 wickets in three matches. He’s called as the death over specialist and it’s worth a name.

The second close to him for the Purple cap is Rahul Chahar from Mumbai Indians with 7 wickets in three matches.