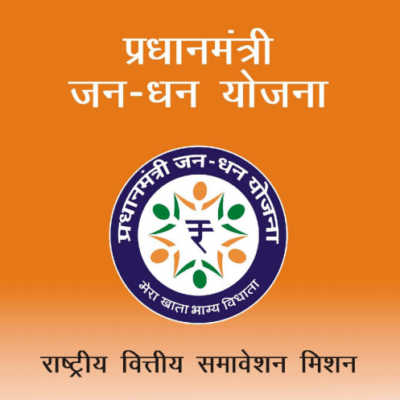 The aim of launching the Jan Dhan scheme was to connect every citizen of India to financial institutions. It was to make them more able by providing them access to bank accounts, insurance facilities, and loan schemes.

Among the 40+ crore new accounts, the majority holding is from rural India at 63.6% of the total share. The rural Indian which was unaware of the concept of banking and funds was given a chance to set up his/her own bank account and get empowered.

The aggressive campaign, in its own way, forced a majority of these kinds of people to come out of their shell and register with a banking body.

Now, how exactly it managed to turn out such a big number? The answer is simple, it removed the scary-looking and hefty process of account registration made it simple, and educated the required section of society about how they can also be a part of the scheme.

PM Modi himself tweeted on the occasion 6th anniversary of PMJDY which goes something like this.

Thanks to the Pradhan Mantri Jan Dhan Yojana, the future of several families has become secure. A high proportion of beneficiaries are from rural areas and are women. I also applaud all those who have worked tirelessly to make PM-JDY a success. #6YearsOfJanDhanYojana pic.twitter.com/XqvCxop7AS

In an official release from the Ministry of Finance, it was said that “Ministry of Finance is committed to providing financial inclusiveness and support to the marginalized and hitherto socio-economically neglected classes. Financial Inclusion is a national priority of the Government as it is an enabler for inclusive growth.”

“It is important as it provides an avenue to the poor for bringing their savings into the formal financial system, an avenue to remit money to their families in villages besides taking them out of the clutches of the usurious money lenders.”

“A key initiative towards this commitment is the Pradhan Mantri Jan Dhan Yojna (PMJDY), which is one of the biggest financial inclusion initiatives in the world,”

Out of all the schemes we’ve seen in the Modi government, this is one of the most beneficial and undebatable ones in terms of success level.

She added “Whether it is direct benefit transfers, COVID-19 financial assistance, PM-KISAN, increased wages under MGNREGA, life and health insurance cover, the first step was to provide every adult with a bank account, which PMJDY has nearly completed.”

Delhi is a food lover’s hub, and speaking of shahi paneer there is an end number of restaurants...
Fitness

Include These 6 Natural Food Items Experience A Good Night Sleep

Nothing can be a better booster than a good night sleep. Many doctors recommend that an average sleep...
Technology

Apple first launched iPhone SE back in 2016 and this compact version of the smartphone was very well-liked...
Entertainment

8 Bollywood actresses who are no less than food bloggers

Food is the most pleasant and joyful aspect of our lives! No, not just for ordinary people, but...
News

As announced by the Union Ministry of Health & Family Welfare recently, the National Entrance-cum-Eligibility Test (NEET) will...
Entertainment