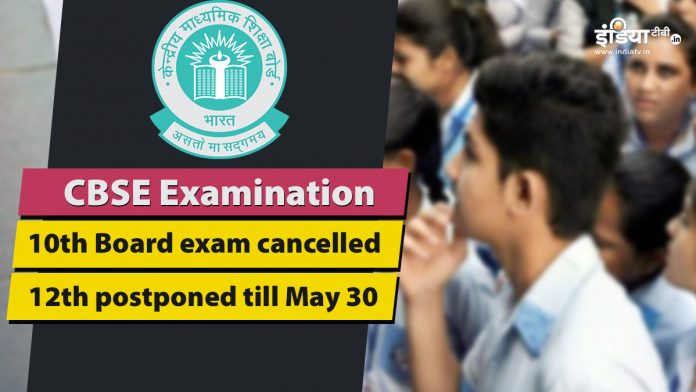 The pandemic takes its toll on the students once again. However, its tough to classify the situation as a boon or a bane. Whilst the back benchers are relishing upon the cancellation of 10th Cbse board exams and postponing of the 12th exams, the toppers and administrations are striving to put up with the scenario. 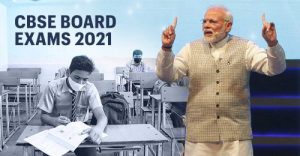 Right after the government of Maharashtra announced Janata curfew for 15 days straight, the CBSE released an official announcement declaring the cancellation of 10th board exams and postponing of 12th exams.

According to intel, after a meeting with the PM Narendra Modi, the ministry of education has sort to deal with the situation later in June. After which the 12th cbse board exams might be conducted.

As of now, it has been stated that the 10th standards will be passed based on an objective criterion recently developed by the board. However, if the student is not satisfied with the marks allocated to them, they can sit for a private exam which will be conducted after analyzing the situation with the pandemic.

Just as last year, this year seems to be creating hassles but at the same time CBSE students seem to be in a more jovial mood than usual. That leaves the state board and ICSE students who now weep they were in CBSE.

Students have taken to the plight to social media and memes are being generated incessantly.

With the 12th cbse board exams officially postponed, any news regarding it will be revealed only after June 1st. The good news is that students will be informed about the exam dates and schedule 15 days prior to the start of the examination.

Previous article
Is Flipkart Products Fake or Not? Certain measures to take while shopping on Flipkart
Next article
OPPO A74 5G: Launch Date in India Revealed, Pricing Under Rs. 20,000 And Specifications
Flickonclick

With cases on the rise, CBSE class 12 board exams once again takes a huge hit due to...
News

The coronavirus pandemic has hit the world in many ways and education is one of them. Surprisingly, there...
News

In November-December, 2021, the Central Board of Secondary Education (CBSE) is going to conduct first-term offline board examinations...
News

Due to numerous cases of COVID-19 in India, almost all the institutions have been shut down in various...
News

Union Cabinet Education Minister Ramesh Pokhriyal Nishank has announced that the CBSE board exams for 2021 for class...
News

CBSE Class 10th and 12th Board Exams 2021 Will Be Held in February-March 2021, Confirmed by Top Officials

It has been affirmed by a top board official that the CBSE board exams 2021 of class 10th...