Class 12 Board Exams Not in the View Anymore: Covid-19 Cases on the Rise, Students May not be Appearing for Board Exams Until After August. 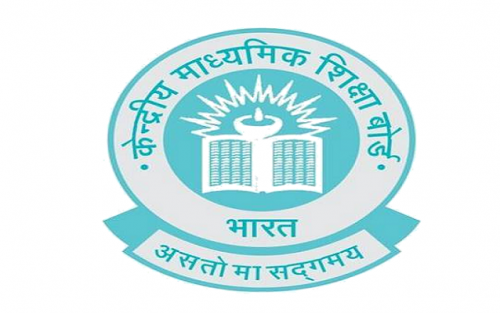 With cases on the rise, CBSE class 12 board exams once again takes a huge hit due to the Corona virus pandemic. While it was announced earlier in 2021 that class 12 board exams will take place in June, the steady rise in cases, about 3.5 lakh everyday in India is not making it easy for the students to cope with their exams. The exams dates have once again become extremely tentative. 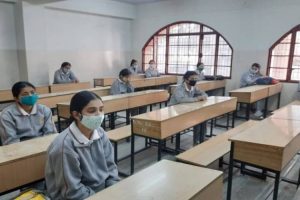 Class 12 exams will not be conducted in June:

Having to deal with nearly 4 lakh cases of Covid-19 everyday and with the up-surge of deaths, its nearly impossible that CBSE would conduct its board exam any time soon. Although a stringent lockdown has been imposed all over India, experts are afraid the second wave is going to peak in another 15 days.

JEE teachers stated in an interview that even if cases suddenly fall and there is a rapid decline in the cases by June, it would not be safe or quite possible for class 12 exams to occur. While it took almost three months for the first wave cases to come down gradually, the situation seems more grave this time around.

Thus, June will also be flaky for class 12 students and the exams will most definitely not take place in it. With June gone July is also not so promising. However, we’ll know of the reality in time.

SPS principal, Mrs. Goyal said in an interview that even if things clear out by June it is absurd to conduct the exams as the second wave of COVID-19 has wrecked havoc in the lives of many people that include students too.

Safety is the priority here. Thus, the board exams will not see the light until after late July or even August.

Jayshree, a retired principal had some concerning news to share with everyone. If the exams keep getting postponed like this, the future for class 12 board exams does not seem good. It has already been postponed by 3 months and adding another 2-3 months to it is going to make students loose a semester and worst case scenario, a year if the cases don’t come down.

Also Read- CBSE Class 10 Results Are to Be Out by June 20th: Here Are Everything You Need to Know about Criteria for Marks Distribution

It’s time CBSE and other boards in India sit and have a conversation about finding an alternative. UGC must also relax its admission guidelines and start implementing new ways of admitting students to college. Schools can consider giving out provisional results too.

Either way, as of now nothing has been decided and everything remains in a state of chaos. However, believe in change, a good one and soon CBSE and other boards will come up with a solution, preferably an alternative as many students are protesting against conducting exams.

More updates and clarity will be available in June. Until then its a guess game for all of us but instead sit, relax and keep educating yourself.

Previous articleWhat is DigiLocker and How to Upload Documents on it.
Next articleThe digital divide in India shows up again as techies game Co-WIN to book slot
Flickonclick

With more than 3,000 confirmed cases, India is becoming a panic place for the residents. As of yesterday,...
Fitness

These 7 Fruits Will Help You Boost Immunity This Winter Season

Winter is almost here and with this changing season comes a ton of reasons why you should boost...
Lifestyle

The pandemic has forced us to take quite a ton of precautionary measures and one of those measures...
World News

U.S Regulators might possibly issue COVID-19 drug authorization before the elections. As Trump's current term is nearing its...
News

The story comes from New Delhi where two lawyers brought out the 30-years old Supreme Court PIL to...
Lifestyle