Since the release of the teaser/trailler for Chandigarh Kare Aashiqui, there has been a lot of speculation about the film’s narrative. The trailer excited us but kept the majority of the information hidden. While we’re accustomed to watching Ayushmann Khurrana take on films on taboo issues, Vaani Kapoor has taken the jump and plunged deep into unexplored seas. The film never loses focus on what is vital, so minor mistakes are readily overlooked.


Chandigarh Kare Aashiqui movie is directed and produced by Abhishek Kapoor, expands on Ayushmann Khurrana’s experimentation with issues that are generally pushed under the carpet in this country.

However, this movie is more in the Badhai Ho zone, in which Khurrana is impulsive than in the Shubh Mangal Savdhaan region, in which his on-screen personality routes a mental dysfunction and the obstacles it creates.

Manvinder Munjal, or Manu (Ayushmann), is a fitness enthusiast who manages a gym and is training for an annual local tournament that he has yet to win. When Maanvi Brar (Vaani), a Zumba coach, is hired to teach lessons at his gym, everything changes.

Manu’s buff physique and Maanvi’s glamorous looks are immediately drawn to each other. As a result, there is a love and a passionate connection between the two. But Maanvi is more than simply a beautiful woman. She understand the reality about her past leaves Manu in a state of great uncertainty.

Abhishek has tremendous wisdom, compassion, and restraint in handling the narrative of a trans lady and portraying it publicly in a dignified manner. Something that our culture has yet to accept.

The film attempts to break free from clichés without depending on stereotypes. There’s an out-of-the-box idea in a great romance with elements of desire, deception, rejection, conflict, and resolution.

The editing is sharp, as all of the elements from the setup to the conclusion are deeply invested in a condensed timeframe of 1 hour and 57 minutes. The script is quick and has adequate musical assistance, since most of the songs, rather than being an obstacle, serve a role in moving the tale ahead. The production qualities are excellent, and they are in keeping with the script’s requirements.

Chhorii Movie review: Add another remake of Horror film in the watch list 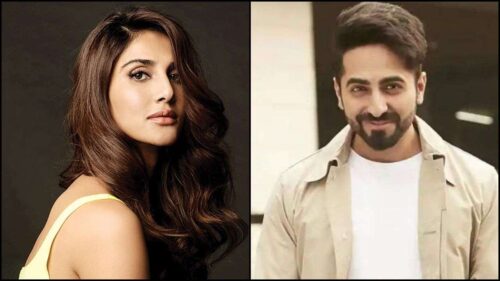 Ayushmann Khurrana is on track with his role, and he has gotten a little too much under Manu’s soul. To say the least, his physical transformation into Manu is crazy. He gives a serious portrayal, as he has in almost all of his previous works. Ayushmann is trying to break free from societal taboos.

Vaani is a true revelation in this scene. She lets Maanvi come off as someone who is not attempting to change society’s thinking but is working as a spark in bringing about a change by being bold, gutsy, and unashamed about her background. She’s stunning, and unlike her previous films, there’s more focus on her acting, speech, and presence than her clothes.

The onscreen connection between Ayushmann and Vaani is particularly appealing. Likely as the two complement one other in personal sequences without turning it uncomfortable.

Supratik Sen and Tushar Paranjape deserve credit as well for their easy-going script that isn’t over-the-top. Even their dialogue is discreetly sprinkled with humor while not interfering with the solemnity of the issue.

Overall, the Abhishek Kapoor movie is loaded with compassionate writing, some amusing one-liners, and impressive performances. Interestingly, by the original cast led by Vaani Kapoor and Ayushmann Khurrana. Chandigarh Kare Aashiqui is a lighthearted film aimed especially towards multiplex audiences. It is worth viewing the movie because it addresses a timely issue in an instructive and entertaining approach.

Previous article
Vicky Kaushal Marriage with Katrina Kaif: A beginning of new love story in Bollywood
Next article
TMKOC: Here is why Raj Anadkat aka Tapu, leaving the show before Xmas?
Flickonclick

Finally, after months of delay Jersey movie was released in the theatres on 22 April 2022. The film...
Entertainment