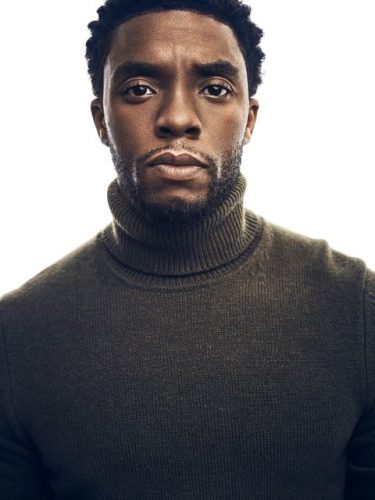 Chadwick Boseman, the actor who played  King T’Challa better known as Black Panther in marvel’s movie with the same name died today due to colon cancer. The actor belonging to the black race was a symbol of power for the community in recent times.


Not only a particular but everyone is sad and shocked at the death of the 43-year-old actor. He was suffering from cancer for the last 4 years but the battle ended today and he moved onto his heavenly abode.

Boseman had an array of great works under his belt but he actually rose to fame with Black Panther only. Even his family agrees to this and commented “It was the honor of his career to bring King T’Challa to life in Black Panther.”

In the recent past, concern for his health was raised by his social media following upon seeing the deteriorating condition of the actor in a photo posted by him. 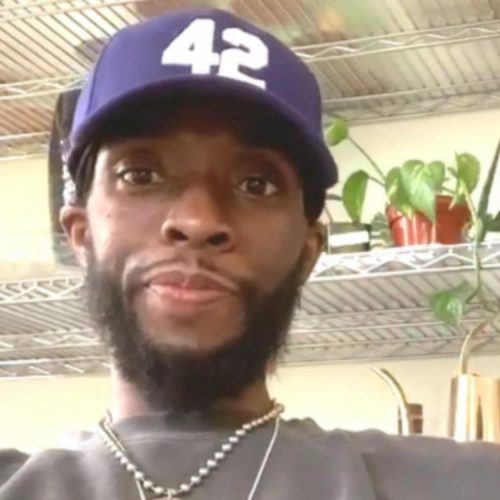 Condolences started to pour in as soon as the news broke out. And everyone including his Marvel co-stars moved onto social media to share their sentiment. From Chris Hemsworth, Chris Pratt to even Ryan Reynolds and Ashton Kutcher, the Hollywood seems devasted with this devastating news.

All I have to say is the tragedies amassing this year have only been made more profound by the loss of #ChadwickBoseman. What a man, and what an immense talent. Brother, you were one of the all time greats and your greatness was only beginning. Lord love ya. Rest in power, King.

I’m absolutely devastated. This is beyond heartbreaking.

Chadwick was special. A true original. He was a deeply committed and constantly curious artist. He had so much amazing work still left to create. I’m endlessly grateful for our friendship. Rest in power, King💙 pic.twitter.com/oBERXlw66Z

Gonna miss you mate. Absolutely heartbreaking. One of the kindest most genuine people I’ve met. Sending love and support to all the family xo RIP @chadwickboseman

My prayers go out to Chadwick’s family and loved ones. The world will miss his tremendous talent. God rest his soul. #wakandaforever https://t.co/j5JWSeiqd5

“It was meant to be for Chadwick and me to be connected, for us to be family. But what many don’t know is our story began long before his historic turn as Black Panther. During the premiere party for Black Panther, Chadwick reminded me of something. He whispered that when I received my honorary degree from Howard University, his alma mater, he was the student assigned to escort me that day. And here we were, years later as friends and colleagues, enjoying the most glorious night ever! We’d spent weeks prepping, working, sitting next to each other every morning in makeup chairs, preparing for the day together as mother and son. I am honored that we enjoyed that full circle experience. This young man’s dedication was awe-inspiring, his smile contagious, his talent unreal. So I pay tribute to a beautiful spirit, a consummate artist, a soulful brother…”thou aren’t not dead but flown afar…”. All you possessed, Chadwick, you freely gave. Rest now, sweet prince.” #WakandaForever

Such a brutal loss. RIP, Chadwick.

Our hearts are broken and our thoughts are with Chadwick Boseman’s family. Your legacy will live on forever. Rest In Peace. pic.twitter.com/YQMrEJy90x

Remembering about his role in Black Panther and why it was so special, we realized that it was not just a role or a movie, but a liberation movement. And Boseman was leading that movement with his great acting skills.

The 2018 Marvel’s Black Panther was the first movie to feature a full black cast and also has rocked a black superhero in the lead. The community that has been suffering oppression and devoid of human rights in some cases gains strength seeing that someone of their color can be a hero too.


The first time when Stan Lee introduced Black Panther in Marvel Comics, it actually was not received in a good way among the white-centric nation. Which is why initially he was clubbed with Captain America in the comics to balance sentiments. But over time he started representing the face of black community and love from the audience started to pour in.

In the current times, when the movie released and even after 6 months of the release of the movie. We constantly keep on hearing the term ‘Wakanda Forever’ while crossing their arms against their chest and doing a Wakandan salute.

It was fascinating how people loved the movie that a mass population adapted the movements and turned it into a pop culture reference.

With Chadwick gone, many are disheartened because no one can replace Boseman from the identity of Black Panther, the symbol of strength in the times of oppression. His role is somewhat similar to Heath Ledger’s Joker performance.


This means that there might be a new Black Panther in the future, but Boseman would still be remembered as the first and most loved Black Panther ever to exist.

We hope and pray for his soul and that he may rest in peace. With another loss in 2020, we keep on moving forward in the hope of light at the end of the runner.

Previous articleSC: No Promotion To The Next Session Without Final Exams
Next articleRBI to Sell Sovereign Gold Bonds at ₹5,117 Per Gram
Flickonclick

The Central Pollution Control Board has given all states until July 1 to implement the prohibition. Earbuds, flags,...
Match Prediction

The pandemic takes its toll on the students once again. However, its tough to classify the situation as...
Technology

Google Meet App Coming Up With These Exciting New Features

Google Meet App has been one of the key players to rise in this pandemic as all we...
Technology

Reliance Digital is set to start this summer season with a bang, and they are already on the...
Entertainment

One of the very few Indian sitcoms that has mapped its longevity in terms of TRP in Indian...