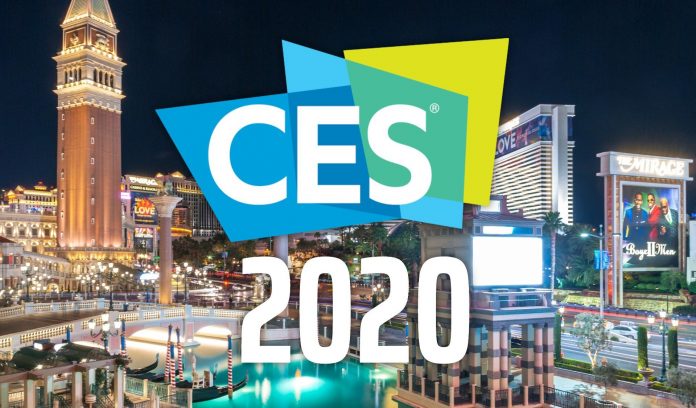 CES 2020 has been a hit once again in the field of consumer electronics and this time there has been a quite unexpected addition to the list of future gadgets. The devices that were unveiled made their way into the media limelight and many YouTubers also commended this times show. 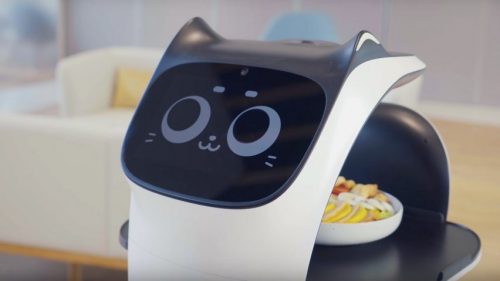 There were a certain amount of gadgets that couldn’t be missed and have a potential possibility of becoming our everyday object of use, some of these gadgets were as follows:

It happens quite a lot of time when you run out of toilet paper while sitting in the loo and it’s a relatively common issue. Living in an innovative world it is quite weird but not impossible to believe that even here technology can help you provide a solution. A company named Charmin launched a pooptime robot, Charmin Rollbot. This cute little robot will deliver emergency toilet papers by connecting through your smartphones.

You might have come across this DNA band even earlier as it is quite popular among health-conscious people. DNA nudge is a gadget in the form of a band that helps people make healthy food choices based on the type of DNA.

There is an app that links with this band and scans the CPG on products and then provides real-time feedback on whether the person should purchase the product or not.

When you try to move a dollop of ketchup from one plate to another, it usually creates a huge mess in and around the plate. Well at the Consumer Electronics Show this year, there is a device made to solve this problem.


Sauce slider is a gadget that enables moving a dollop of ketchup from one plate to another without messing its shape and the entire task gets completed within seconds.

It is a small kitten shaped headless robot designed for seniors in nursing homes and also for those who are pet lovers but couldn’t keep one with them because of certain allergies. The device gives a real cat feel because it vibrates, mimics, and wags his tail when someone touches it. It is small enough to carry anywhere and it will be released later this year.

It is the world’s first all in one connected baby care system. It is a smart sensor that is attached to the baby’s diaper and together with a smart camera delivers all the information regarding the baby’s sleep, feeding, and diaper pattern to a parent’s smartphone. It keeps you in a close alliance with your child even if you are at work or any other place.

The Y-shaped looking brush priced $125 serves the purpose of cleaning your mouth in 10 seconds. It tends to save a lot of time in the morning when you are running late for your college or work.


It’s just that the mouth guard that is lined with nylon bristles has to be placed on one side of the mouth with switching on the device that stops after 5 seconds and then the same process has to be repeated from the other side as well.

Samsung’s latest gadget, at CES 2020, is the Sero, a mobile generation TV essentially focusing on millennial and Gen Z consumers.

It could turn vertical from horizontal just like a smartphone or a tablet. The display orientation technology of the TV connects with the user’s smartphone and displays the content in the horizontal or vertical format accordingly. This modern device stands out in any space and provides varied forms of display features.

There are a lot of people who wish to get a tattoo but fear the pain of the needle. This particular device is framed for this purpose. It forms a temporary tattoo using cosmetic graded inks.


You could choose the color and the image using an app designed for the concerned purpose. The device costs $269 and will be available for purchase from mid-2020.

Samsung displayed its small rolling ball-like robot that contends to understand and support the user by creating a relation to their needs. As the world moves towards being a smart place, Ballie is a good technology aiming to help people by using its AI capabilities to become a security robot, a fitness assistant, a friend to kids and pets and also a helpful tool for senior citizens.

Lovot is one of the most fascinating robots known to bring cheer into people’s lives. This mechanical pet has two cute big eyes and a button nose. Whenever Lovot wants to be picked up or dance or interact, it waves it’s two flipper arms. The robot comes in different colors and it has a small, soft and huggable body.

Procter and Gamble’s company revealed an Opte Inkjet which acts as a face printer. The device scans the face with the help of a tiny camera and tries to treat the dark spots by the use of facial serums. The device costs $599 and is expected to make a huge sale this year.

This device comes with a sensor that tells the user bypassing the information on their smartphones about the amount of carbon dioxide or hydrogen sulfide present in the air. Altogether it makes the user aware of the air quality and whether to use or not use a loo at that point in time.

Sony has released many wireless speakers in India. These speakers include Sony SRS-XP700, Sony SRS-XP500, and Sony XG500. These...
Offers

Flipkart brings the best of the best electronic sales as the year begins to end. iPhone XR in...
News

The only one of its kind in the Indian market scene, the Indian Gadgets Awards is back with...
Technology

7 Best Power Saving Heaters You Can Buy in India

Winter is at its peak in India, and people have to use room heaters even when they don't...
News

Pandemic gave birth to numerous other innovations. Many believed that it will be rough for new technologies in...
Technology

Amazon Halo is the new key player in the fitness industry. The e-commerce giant who has its wings...