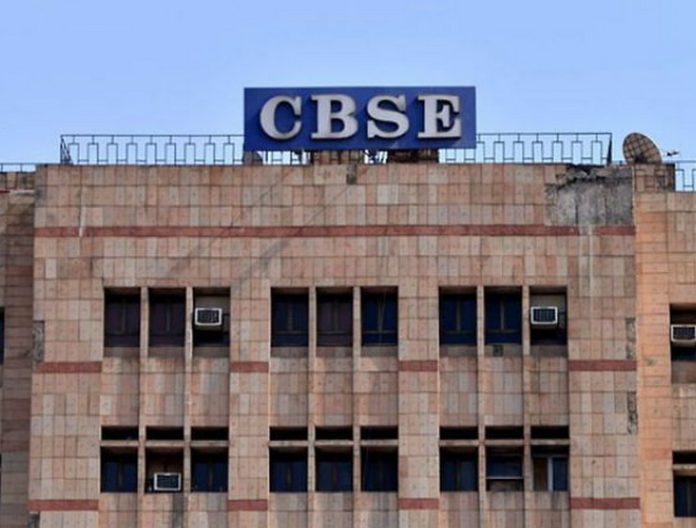 Ministry of Human Resource and Development minister Ramesh Pokhiryal Nishank has announced CBSE revised syllabus for classes 9 to 12 by 30%. The decision has been taken to tackle the slowdown experienced by the curriculum during the pandemic.


MHRD Minister Ramesh Pokhiryal tweeted the news on July 7. “Considering the importance of learning achievement, it has been decided to rationalize syllabus up to 30% by retaining the core concepts,” he wrote. As per the announcement, the clutter has been made to help the students retain the core topics and get the most out of it.

Looking at the extraordinary situation prevailing in the country and the world, #CBSE was advised to revise the curriculum and reduce course load for the students of Class 9th to 12th. @PMOIndia @HMOIndia @PIB_India @MIB_India @DDNewslive @cbseindia29 @mygovindia

According to these norms, the topics for Class 12 which were related to India’s relations with its neighbors have now been taken out. Along with the relations, sections on social movements, the changing nature of economic development, the Planning Commission and the regional aspirations have also been deleted from the course.

ALSO READ: CA May 2020 exams cancelled, to be merged with November exams: ICAI

Students enrolled in Business Studies will not be studying the Goods and Service Tax (GST), the concept of demonetization, privatization, and globalization in India and the impact of government policy changes on business (with special reference to liberalization). For History students, chapters on the understanding partition, zamindars, peasants, and the State have been deleted.


For Class 11 political science students, we have been told that they will be missing chapters on federalism in the Constitution. The topics such as nationalism, secularism, and Political theory sections on citizenship are also been removed. For English board paper, Section-B (Writing) will miss ‘Write a Letter’ and ‘Write A Resume For a Job’ topic.

For students studying in Class 10, the science chapters including the Functioning of the Eye (with diagram) and portions of ‘Basic Concepts on Evolution’ has been removed. The two chapters covered a good space in the board exams. Also, some major practicals, which took a long time to perform, have been removed.

These include tests on acetic acid and cleaning capacity of soap in soft and hard water and mounting a leaf peel. Lastly, chapters of Social Science including diversity and democracy, caste system, challenges to democracy, popular struggles in India, religion, and forests, and wildlife in contemporary India have also been removed.

“Reduced syllabus will not be part of Internal Assessment and year-end Board Examination,” said Ramesh Pokhiryal

The MHRD minister has made it clear that the above topics will not be considered while making examination papers. These topics will, surely, be missed out of the Internal Assessments and the Year-End Board Exams. The revised syllabi have been made by various CBSE Course Committees and the Curriculum Committee and Governing Body of CBSE.

The announcement came just 2 days after when CBSE announced a Re-Test opportunity. This opportunity will be for those who failed in exams in Class 9th to 12th. To check the particular course, visit the official CBSE website for the revised syllabus, the complete memorandum and an alternative curriculum timetable has been shared.


ALSO READ: Updated List of All The Exams Cancelled, Postponed and Rescheduled due to Covid-19

UGC has been taking tough actions towards making sure that the academic calendar gets back on track, which...
Entertainment

We all grew up watching the unlucky Jethalal and his supportive family who live in Gokuldham society with...
News

Updated List of All The Exams Cancelled, Postponed and Rescheduled due to Covid-19

Several recruitment exams, university-level exams, state-level board exams, and entrance exams have either been canceled or postponed due...
News

The pandemic has caused quite a ruckus and many important exams have been postponed due to this reason,...
News

The Supreme Court on Friday finally released its orders regarding postponing AIIMS INI-CET exams 2021 at least for...