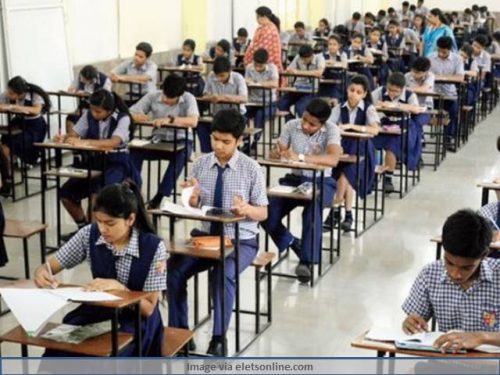 On 25th June, CBSE informed the Supreme Court that the Class 10 and Class 12 exams have canceled across India. These exams were to be held in schools from July 1 onward.


The education board had announced that they’ll conduct the exams once the conditions are conducive for such a large scale activity.

Tushar Mehta, Solicitor General, represented the education board in court. Hr said that several states have indicated their inability to host and conduct examinations during the pandemic.

These include coronavirus hotspots such as Maharashtra, Tamil Nadu, and Delhi. Originally, the exams were to be held from July 1 to July 15.


The matter of whether or not results will be declared based on the marks of internal assessments was brought up. The Supreme Court asked if the alternative of allowing students to appear for the examinations at a later time as possible.

The class 10 exams were initially going to be held only for the students in North-East Delhi.

CBSE has agreed upon an evaluation method where the students of class 12 will be judged on the basis of the last three exams.


Class 12 students who choose to appear for the exams will have to wait for the situation to normalize. CBSE will hold the exams as soon as it’s safe for everyone involved.

In reply, CBSE has said that the results of the basic assessment that students apply for will be announced in the middle of August. They further said that the academic year will be bumped up to the 2020-21 session.

The Solicitor General was also asked by the Supreme Court if the state boards were kept in mind while making the decision. The top court explained that any decision regarding board exams will have to be pan-India.

Tushar Mehta responded by saying that the exams are centrally controlled and that State Boards simply assist CBSE. The top court asked the center to include the State Boards during the modification of the draft notification.


After this, the Supreme Court scheduled the matter for another hearing that will take place tomorrow. It also directed the education board to issue a new notification regarding the assessment methods and exams.

Three judges heard the plea that was filed by parents who were seeking a stay on the remaining Board Exam papers. The judges were Justice A.M. Khanwilkar, Sanjiv Khanna, and Dinesh Maheshwari.
The matter of the remaining ISC and ICSE exams was also heard by the top court. The class 10 and class 12 exams were canceled by CISCE.

However, the students were not provided with the option of taking the exams later on. Additionally, an internal assessment system will be followed by CISCE to declare the results of students.


Previous article
JioMart Review- Several complaints registered by users for receiving bad products
Next article
How to setup and use Whatsapp Pay in India for Android and iOS users ?
Flickonclick

CA May 2020 exams cancelled, to be merged with November exams: ICAI

One of the most important news coming all your way in; if you are an aspiring CA student....
News

NTA NEET 2021 results are out and you can check the score on its official website – neet.nta.nic.in...
News

The coronavirus pandemic has hit the world in many ways and education is one of them. Surprisingly, there...
Lifestyle

In recent years, there has been a growing trend of students turning to YouTube for educational content. There...
News

The MHA on Thursday informed the Supreme Court that it has decided to allow colleges and universities to...
News

NTA NEET 2021 results are out and you can check the score on its official website – neet.nta.nic.in...