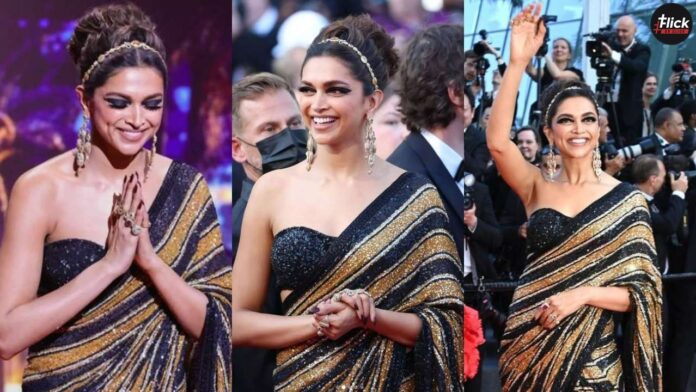 After an almost three-year hiatus, the much-anticipated Cannes Film Festival has begun. The most recent red-carpet event occurred in 2019. The event is not only returning in a larger format, but it will also have a special emphasis on India. How so? India will be the honorary Country of Honor at the 2018 Marche’ Du Film, which will be held in conjunction with the Cannes Film Festival in France. PM Narendra Modi also sent a message wishing India well during the festival. With the film festival beginning on Tuesday, May 17, we offer you every information you need to know about Cannes 2022.

The 75th Cannes Film Festival begins on Tuesday, May 17, and runs through May 28. The tournament is being held in France. Unlike in 2021, Covid-19 protocols have been relaxed slightly for that year’s attendees. Stars from the global entertainment business will gather on the red carpet for the event.

The festival, which began in 1946 to recognize creative success, evolved into a gathering place for anyone engaged in the art and culture of movies. It, like other film festivals, evolved into a global market for manufacturers and distributors to discuss things, watch films, and sign a contract. The trend of international coproduction emerged in the late 1940s in Cannes. The festival was also a place of artistic controversy at times, like in 1958–59 when supporters and detractors of the French New Wave traded diatribes and manifestos. Padukone selected another stunning ensemble for the 2nd day of the Cannes Film Festival, where she participates on the jury. Deepika wore a black ruffled top with wide sleeves and sleek black slacks for her midday outfit. The serpent jewelry and her bright red lips were the focal points of her ensemble.

Deepika once again photographed for stunning photos against the backdrop of the French Riviera. She posted the first images on Instagram Stories. She was also seen with Union Minister for Culture and Communication Anurag Singh Thakur at the India pavilion.

Deepika had earlier launched the festival in a beige top-green pants ensemble and afterward changed into a black and brown glittering saree. Sabyasachi designed both costumes. Deepika attended a special media briefing during the day. She remarked about how she expects to fulfill her duty as a jury member while also enjoying the movies.

Deepika Padukone is a regular at the Cannes Film Festival:

Deepika Padukone has been a fixture at Cannes for several years. She has been attending the film festival for decades, promoting the cosmetics company L’Oreal. However, this is her first time serving on the jury. The starlet was photographed at the Cannes Film Festival opening session on Tuesday evening, among fellow jury members Rebecca Hall, Noomi Rapace, and Italian action star Jasmine Trinca, as well as filmmakers  Ladj Ly, Jeff Nichols, Joachim Trier, Asghar Farhadi, and  Joachim Trier.

Read More: Cannes Film Festival 2022: Indian celebs who will walk and flaunt on the red carpet

Shah Rukh Khan, Deepika Padukone and John Abraham are charging a huge amount of fees as their salaries...
Entertainment

Indian actresses know how to handle themselves with both grace and panache. They can pull off any dress...
Lifestyle

Mental health has gotten a lot of attention in the past few years, and rightly so because of...
Entertainment

The 75th Cannes Film Festival on the Red Carpet event will be a magnificent event as Bollywood stars,...
Entertainment