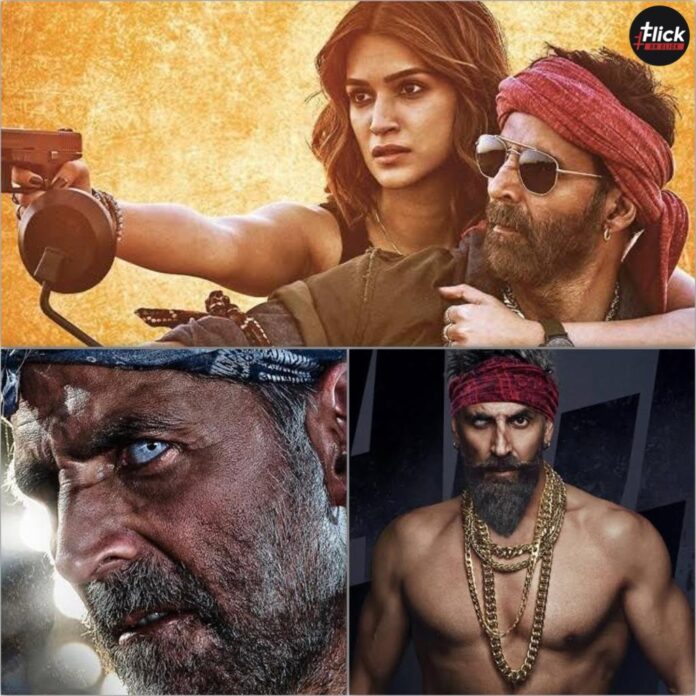 Akshay Kumar was debuted to audiences as Bachchhan Paandey in the 2008 movie Tashan, and in those few moments, he left his admirers needing more. In 2022, a packed film called Bachchhan Paandey is broadcast at the holiday of color. And what we see onscreen is a game of Holi with bloodshed. Bachchhan Paandey is unsentimental, impulsive, and heartless. In one instance, he kills a journalist alive for publishing an unpleasant post.

Farhad Samji’s Bachchhan Paandey movie tells the story of character Bachchhan Paandey (Akshay Kumar), the ego chief of Bhagwa, who has established a rule of terror, viciously slaughtering those who dare to resist him.

How an aspiring director, Myra (Kriti Sanon), from Mumbai, and her action star Vishu (Arshad Warsi), chose to create a biography on him and arrive in Bhagwa, and what happens afterward, is the crux of this two-and-a-half-hour drama.

It’s an intriguing plot, but we’ve already seen it all in the trailer, which very much gives the entire scenario. Bachchhan Paandey fails to deliver consistently. It’s a big setup that appears to be greatly influenced by the Tarantino style of filmmaking.

There are sweeping slow-motion views of the guy driving around in his vintage open automobile in the parched and desert landscapes of North India, as well as an eerily joyful background score that guarantees his evil crimes do not frighten the spectator. Then, does it elicit laughter? No, since, aside from a few gags (as seen in the trailer), there aren’t many others.

Despite the presence of a great cast of figure artists noted for their physical comedy. Sanjay Mishra as the stammer Bufferia Chacha, for example, or Pankaj Tripathi as the dictatorial acting teacher Bhaves Bhoplo from Gujarat. They get chuckles when they execute their funny lines. However, their personalities are overshadowed by everything else happening in this confusing mess. In this darkly comic, Arshad Warsi has more time on screen but never has an opportunity to excel. 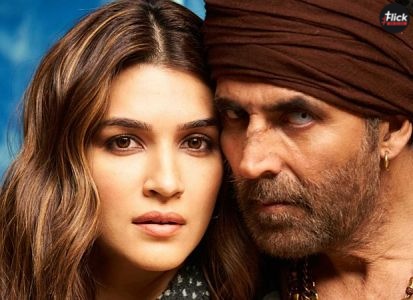 The first half is utilized to build up the tale, but it does not progress at the intended rate. Fortunately, there are some minor story twists and tensions that make you eager for the second half, but the script takes an eternity to make a point. The soundtrack is a major letdown that just adds to the running duration.

Akshay Kumar had the most fun making a crazed killer with a hardly plausible past. Kriti Sanon looks stunning and does an excellent job in her role. Jacqueline Fernandez’s performance as Paandey’s girlfriend Sophie is so repetitious and constrained that it’s difficult to distinguish this one from many of her prior appearances.

Prateik Babbar portrays a foolish goon yet again and fails to create an impression. Pendulum and Kaandi are played by Abhimanyu Singh and Saharsh Kumar Shukla, accordingly.

There is enough cruelty and slaughter in smooth frames for action fans. Given that it is a reproduction of a formula picture in the dark, action-comedy genre, Overall, despite ending on a good note, with a theme of good triumphing over evil, this Akshay Kumar-starrer struggles to attract the spectator, except in portions.

Previous articleJalsa Movie Review: Vidya Balan & Shefali Shah brighten in this confrontation with reality
Next article5 Movies Similar to The Kashmir Files that are worth watching
Udit Arora

Bollywood fittest actor, Akshay Kumar, is known by his versatile characteristic aura. He is dedicated, motivated, energetic, his...