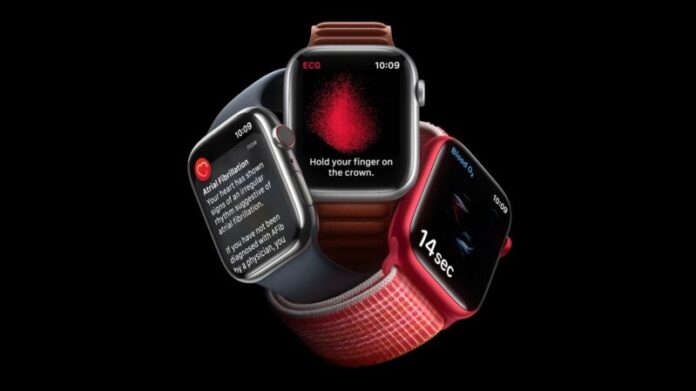 According to the company, it can detect temperature changes as little as 0.1 degrees Celsius and monitors your temperature every 5 seconds. The business claims that recording your core temperature overnight can provide clues into your menstrual cycle, which it can utilize to improve the cycle tracking system on the watch for ladies who menstruate. 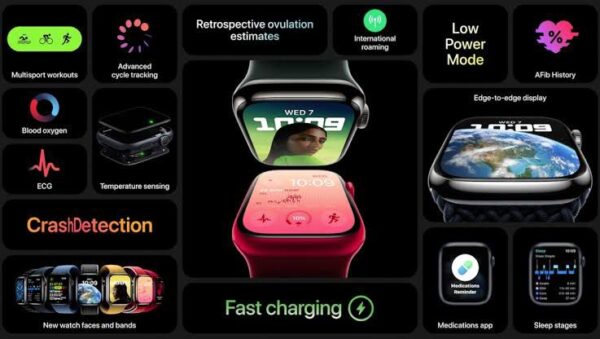 According to the brand, this information is encrypted on the wristwatch itself, which is a vital aspect for anyone monitoring their cycles. Apple says the accident detection feature will only activate while you are driving, preserving the watch’s 18-hour life of the battery. Apple is also adding a low-power option, which increases the battery life of the wristwatch to 36 hours.

The functionality will also be available on older devices starting with the Series 4 that are operating watchOS 9. Activating the mode disables the always-on display and auto-workout monitoring while retaining activity tracking and crash warnings. Cellular tethering is also coming to previous devices and the Series 8.

Feel the power and strength with the new Apple Watch Ultra

The Apple Watch Ultra features a new look, a bigger 49mm dial, a revamped digital bezel, an additional button, and a bigger battery that Apple estimates could last up to 60 hours. The redesigned buttons and crown may be used with mittens, and the new sapphire screen has a brilliance of up to 2000nits. 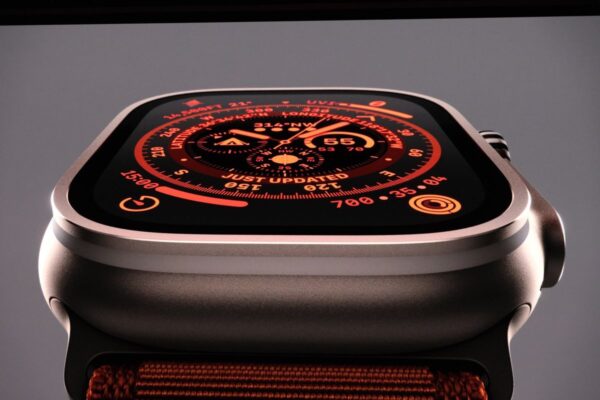 The Apple Watch Ultra includes multi-band GPS as well. a feature typically found on high-end fitness-oriented wearables The new feature is the action button, which assists users with athletics tracking and other tasks.

The watch is also water resistant to 100 meters and may be worn underwater. When dipped, the watch also activates a new depth app, which displays depth, time, and temp. Scuba diving may also be done with the Apple Watch.

According to Apple, the Apple Watch Ultra includes three additional bands: Alpine, Trail, and Ocean, which adapt to varied conditions and can withstand “long runs, severe falls, and undulating currents.”

The new wristwatch, an update to the original SE, is the second iteration of the company’s entry-level, cellular-capable device.

The redesigned SE will cost $249 for the GPS variant and $299 for the mobile model, which is a $30 decrease from the previous SE. The Apple Watch SE will be on sale on September 16th. The new SE Gen 2 will feature the crash detection functionality revealed with the Series 8 and will be up to 20% faster than the first-generation SE thanks to a redesigned S8 chip, which is also featured in the Series 8.

It also includes the same motion detectors as the Series 8 model. The redesigned SE comes in silver, night, and starlight colors, with color-matched rear casings.

The Apple Watch Series 8 has improvements in three aspects: wellness, safety, and connectivity. Series 8 and ultra are an upgrade for those who are looking for power, cool features, and sports mode. Whereas, the Apple Watch SE is a fantastic option for individuals searching for a less expensive wearable to link with their iPhones. You forego several luxury features featured on higher-end models, such as the usual display and the new temperature test. However, you save some money.

Read More: Everything you need to know about the upcoming Apple iPhone 14

When it comes to excelling in smartphone technology, then Apple stands at the top position. Recently, Apple is...
Technology

Apple will hold its annual developer's conference in June 2022, and many new details are coming about the...
Technology

The latest software update iOS 15 must be a work in progress already, and more information about its...
News

Apple is making some big changes in their marketing style and the products that they sell, along with...
News

Social media is flooded with news and messages that Apple and Google might have uploaded and installed tracking...