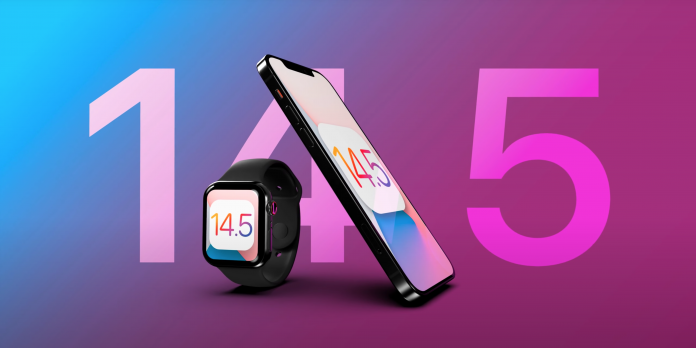 Apple is rolling in with an all new iOS update. The next best Apple iOS 14.5 is said to be out by this April and it is bringing so many features and upgrades.

One of them is unlocking your phone through your Apple watch. 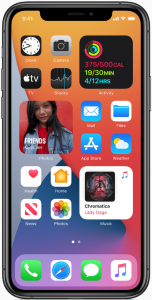 Here are the new main features and upgrades included in Apple iOS 14.5:

The biggest flex of iOS 14.5 is that, users can now unlock their phone without removing their masks or typing in the passcode on the screen.

The idea is to basically bypass Face ID to unlock the iPhone. Your Apple watches will now unlock your iPhone. Sure this seems as an efficient tactic to make all Apple users buy their Apple watches too but given the pandemic, this seems like a fun solution although expensive. However, this new feature still requires your face or passcode.

Apple is finally changing its game completely. The iOS 14.5 features the app tracking transparency. Basically, its functioning includes permissions for other apps that seek to track users from across other websites or apps. This has obviously not been taken well by Facebook who will now need permissions before accessing your advertising ID.

Apple iOS 14.5 is going to include the nifty battery recalibration feature. This new feature sports the ability to infirm the users about the health status of the battery life and help in recalibrating the maximum battery capacity. This will in turn peak the performance statistics. This feature can be accessed through settings under the battery and battery health option.

Apple iOS 14.5 is going to feature 2 Siri voices. Apple will now allow its English users to access two Siri voices with the general settings to change between man or woman voice.

It has also been reported that Siri will now understand our music preferences and suggestions better.


iPhone 12 will now support dual-SIM 5G where both the physical and e-sim will have access to 5G. This feature is a boon for all the travelers who are Apple users.

Apple has also started to add support for a PlayStation 5 dual-sense or Xbox Series X/S controller. Thus, once the new update is official, all Apple users can play games on their iPhone or iPad with PS5 and Xbox series X/S controllers.

Apple is adding over 200 and more emojis to the new iOS 14.5. It was revealed that some of the emojis will now come with vaccinated looks which sports a syringe with the blood removed. Couples kissing and couples with heart will be also be new addition among spiraling, goofy eyes.

Have you ever posted something embarrassing on Facebook a long time prior and need to get rid away...
News

One plus is back with another one of their devices which is surely going to capture the market...
News

Samsung continues to produce offspring to its old series devices. Recently, Samsung launched new additions to its A...
Technology

The AirPods 3 were ultimately unveiled on Monday, October 18th, during Apple's Unleashed event, which was live-streamed from...
Offers

These are the days that Apple lovers wait for, and Amazon came up with its special sale on...
Technology

iPhone 14 was just recently launched globally on 7th September 2022, and bad news for Apple has come...