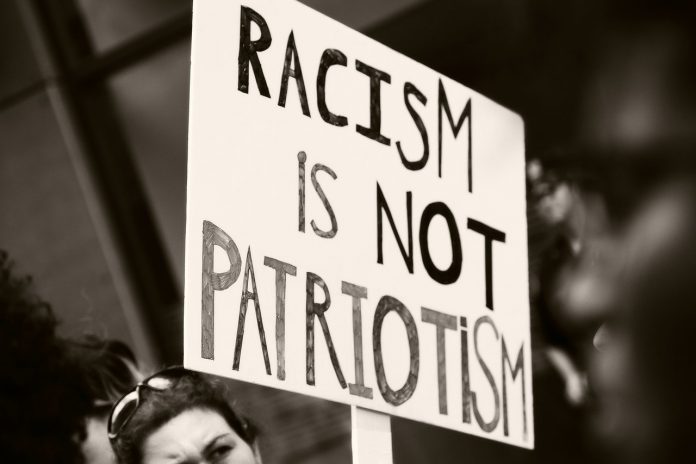 As the entire world is having a hard time with pandemic disease COVID-19, the US is facing a huge amount of lash out from its citizens for the recent Floyd case that took place in Minneapolis, US. The Anti-racism protests have taken a toll against the US police and thereafter US Government as it has boiled the suppressed racism issue in the country, yet again.

What is the entire Geoge Floyd Case?

Floyd, a 46-year-old African American man, died in Minneapolis on Monday. George Floyd was arrested on 25th May on charges of using the counterfeit currency of $20 bill for buying cigarettes.
The police arrested Floyd, and he was found dead in an hour or so according to the police Floyd tried to physically harm the police that is why police took necessary actions according to the reports.


The whole incident was shot by some person hiding through the window, showed an officer kneeling on Floyd’s neck as he gasped for breath, he was pushed down to the floor, where Floyd kept shouting ‘ I can’t breathe’ ‘ I’m claustrophobic’ but the guys were not released.

Within 6 minutes of the whole scenario Floyd got unconscious, the ambulance was called and Floyd was declared dead, surprise.

Four policemen have since been fired, and the Federal Bureau of Investigation (FBI) has been called in to conduct a federal civil rights probe. The officer who pinned him to the ground, Derek Chauvin, has been charged with third-degree murder.

The death has triggered violent unrest in Minneapolis, leading to a state of peacetime emergency being declared in Minnesota state as well as the activation of its National Guard. Protests have also taken place in other parts of the US, including in California, New York, Ohio, and Colorado.

The incident once again brought to the fore concerns over the law enforcement’s bias against the African American minority, with Floyd’s death being cited as the most recent incident of racially-driven police brutality.

On the night before his death, Mr. Floyd had spoken to one of his closest friends, Christopher Harris. He had advised Mr. Floyd to contact a temporary job agency.

Forgery, he said, was out of character for Mr. Floyd.

“The way he died was senseless,” Harris said. “He begged for his life. He pleaded for his life. When you try so hard to put faith in this system, a system that you know isn’t designed for you, when you constantly seek justice by lawful means and you can’t get it, you begin to take the law into your own hands.”

A study in the American Journal of Public Health from 2018 also found the mortality rate by police for black men to be much higher– at 1.9-2.4 per 1 lakh people compared to 0.6-0.7 for white men.

The country has also put allegations about the number of death cases of COVID-19 has been much higher in blacks as compared to the whites. The protests are not cooling down as the protestors believe going home would “[send] the wrong message that they can shut us up when they want to, and that’s not the case here.


The protests have been heated up to violence and looting. Police used pepper spray to try to disperse the crowd, but the standoff continued. Protesters dragged away barricades and some broke up concrete to use as projectiles. At one point, a rubbish bin was set on fire.

TRUMP’S SAY IN THIS

Crossing State lines to incite violence is a FEDERAL CRIME! Liberal Governors and Mayors must get MUCH tougher or the Federal Government will step in and do what has to be done, and that includes using the unlimited power of our Military and many arrests. Thank you!

In 2013, after the acquittal of a civilian who fatally shot teenager Trayvon Martin in Florida the year before, the hashtag #BlackLivesMatter began trending on social media, and a movement against systemic violence against the African American community sprung up.

Black Lives Matter achieved national fame in 2014 during protests against the deaths of Eric Garner and Michael Brown– the latter also being a case of the fatal police shooting. The movement, started by three African American women, expanded across the US and invited public interest internationally. BLM is largely decentralized and does not have a formal hierarchy.

The movement has been criticized by alt-right commentators in the US. Some of BLM’s opponents have responded with their own counter-campaigns such as “All Lives Matter” and “Blue Lives Matter”.

ion think y’all have the facilities to talk abt racism but alright https://t.co/vovlRuPUkz

Previous article
Details on Unlock 1.0 Starting From June 1st and PM Modi’s Addressal
Next article
How To Apply For e-PAN Card, Steps and Complete Process
Flickonclick

For the first time this year, physical gold sold at a premium in India this week even as...
News

Joe Biden, the 46th President of the United States, sent an immigration reform bill to Congress that promises...
World News

Trump has been identified as Corona positive and as expected, it's going to possibly make a dent to...
News

With the trend of short videos everywhere, youtube is sent to roll out youtube shorts beta in the...
News

For the first time this year, physical gold sold at a premium in India this week even as...
World News

Trump has been identified as Corona positive and as expected, it's going to possibly make a dent to...