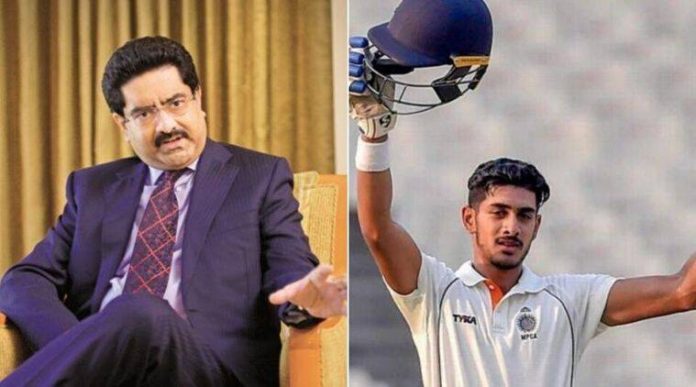 Even though cricketers miss runs on the field, they are constantly hitting fours and sixes regarding their income. It is no surprise that cricketers earn vast chunks of money for every game they play. We know from the famous Indian cricketers, such as Virat Kohli, M.S. Dhoni, Rohit Sharma, etc., that each earns millions of money annually.

While these might be the wealthiest players on the team, Aryaman Birla joining the team changes the order.

Aryaman Birla, son of a big fish, business tycoon Kumar Mangalam Birla is the richest player on the team as his father alone owns up to seventy thousand crores.

Aryaman, who was next in line to take charge of the family business and continue the legacy, found a different path for himself. 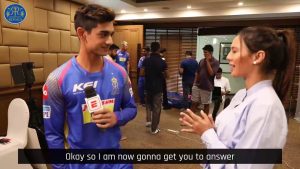 At the age of 23, the boy born with a gold spoon decided to sweat it out in the field as a cricketer and make a separate name for himself other than the family tag.

Inclined towards cricket since childhood, Aryaman started his coaching early on to become a professional cricketer.

All his efforts seem to have been effective and successful as he found a place in the Madhya Pradesh cricket team for Ranji Trophy.

After his first century on the field, Aryaman proudly asserted that when he enters the field, he’s no more playing for his name or legacy but just an intense and competitive game of bat and ball.

With Aryaman father being the hotshot CEO worth around seventy thousand crores, Aryaman can easily chuck everything and take over his father’s business- Aditya Birla Group. However, he clearly chose to follow his dreams and passions.

After playing for major teams such as Rajasthan Royals in 2018’s IPL, Aryaman Birla is currently on a break, seeking to spend some time alone and take care of anxiety and focus a little on his mental health.

Previous article
COVID-19: Random Covid Tests To be Held at Delhi Airport, Railways, Bus Stations because of festival season
Next article
Apple Is Making Repair of iPhones and iPads Easier in India
Flickonclick

Australia's spin hero Shane Warne died on Friday at the age of 52, leaving the cricket world in...
News

Team Affiliates, a 16-member squad of young, determined professionals, is going to participate in the upcoming iFest 2022....
News

Viacom 18 has won the IPL media rights for streaming the next five years of IPL matches on...
Fitness

Fitness is a crucial concern for all athletes. Many cricketers are well-known for their bodies and fitness. Because...
News

Team Affiliates, a 16-member squad of young, determined professionals, is going to participate in the upcoming iFest 2022....
IPL

Glad to hear that IPL 2021 is finally resumed on 19th September with CSK winning the first match...
Entertainment

Finding a good cricket movie to stream can be an arduous task with only a handful of films...
Offers

The IPL is here and upcoming is the season of festivals, which is why celebration is a must....