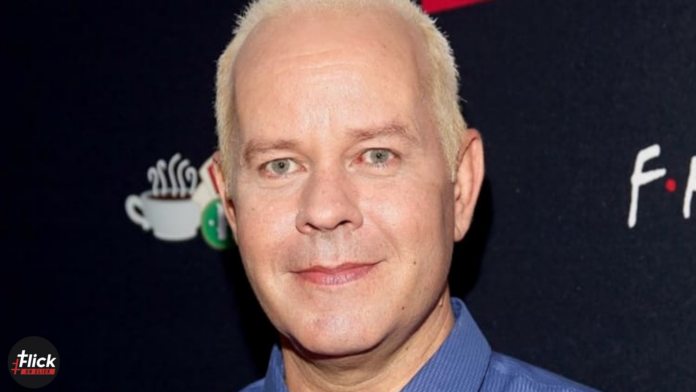 Paying tribute to James Michael Tyler, fans of the decade-old star-studded TV show “Friends” are reminiscing moments of the actor as his eponymous character, Gunther.

On October 24, 2021, his manager Toni Benson spoke of his demise to TMZ as he battled out his last hours with Cancer.


Initially, he was merely a secondary character seen in the background as the Central Perk Coffee shop manager. However, with the passing time, fans came to love his witty comebacks and one-liners so much that he earned his spot as a regular on the show.

As a means to remember his glorious parade as Gunther, we have decided to recount his best moments on the show… 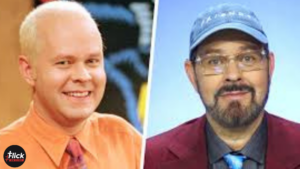 This aspect majorly drove his character’s arc. During one of the episodes, Rachel wants to share her excitement with someone after completing a crossword. Gunther sees this as an opportunity to hug her, but the consequent slap-stick moment ends with him diving straight to the floor.

Top 20 Golden &#8216;Friends; Gags That Can Make Anyone Laugh On The Millionth Watch

Gunther Not Being Invited to the Wedding

As Gunther and Ross discuss some things at the Coffee shop, Ross unknowingly mentions Monica and Chandler’s wedding to Gunther. To this, his reply is a simple, straightforward, “I wasn’t invited.” However, the unfolding events reveal that Judy likes Gunther and mentions him as one of the people she’d like to invite to the wedding.

Gunther watching Ross get hurt is just a sight to behold. The guy’s probably never been happier than this before.

The Final Goodbye and Gunther’s Confession

As Rachel is finally leaving for Paris, Gunther decides to confess his feelings for her. We all knew this relationship wasn’t going to actualize, but the moment definitely left a mark on our hearts.

While trying to find his way around a Dutch family, Ross decides to learn the language. To his surprise, Gunther is a fluent Dutch speaker. This specific moment is fun to witness, especially since we finally get to see Gunther dismiss Ross as an “ezel” in a language he doesn’t quite understand.

Rachel gets a cat for a thousand dollars, and the consequences aren’t favorable. Ultimately, Gunther takes the cat (believing it to be a snake of some type), paying a profitable amount to Rachel, hoping that she’ll visit.

You probably can’t dissociate the color blonde from Gunther even if you tried your best. This has another comic anecdote related to it. The night before Tyler’s audition, his friend experiments with his hair, resulting in his blonde hair. Although an accident, it stuck for the better.

The Snide Remark He Directs at Robert

In 2015, Tyler’s interview with Good Morning Britain revealed his favorite line. “Hey buddy, this is a family place. Put the mouse back in the house.” This is directed at Phoebe’s love interest Robert as he walks into the coffee shop wearing loose-fitting shorts.


Friends Reunion Review: Something That Can Make You Laugh, Cry and Wonder About Things

His Presence at the Reunion

Due to his weak condition at the Friends Reunion, Tyler was the only person whose presence was felt via Zoom instead of him being there with the rest of the cast.

The Famous “No Smoking” Rule

Gunther’s “no smoking” rule being upheld (with conditions applied): He allows Chandler to finish the cigarette only if he gave him “a drag,” too. Finally, his jolting reaction, “Oh-oh, dark mother. Once again, I suckle at your smoky teat.” is as memorable as any other of his moments.

We hope this list jolts back your memory as he will definitely be missed by us all.
Tyler’s role may have been a subsidiary one but he sure knew how to make his presence felt, not just to the audience but to his co-stars as well. One simply can’t imagine the show without him, and so it’s safe to say that he was almost like the seventh “Friend” that never was.

Going through these moments once again has surely revived our memory. Which one is your personal favorite? Comment below to leave down more such instances of Gunther’s snarky spirit that you just can’t get enough of.

It seems that the craze for Friends: The Reunion with our favorites Courteney Cox, David Schwimmer, Matt Leblanc, Matthew...
Entertainment

Jennifer Anniston Might Have Told Us About the New ‘Friends’ Movie Already.

Jennifer Aniston has been recently getting a ton of limelight as first she literally crashed the Instagram when...
Zodiac

Who is Your Ideal Zodiac Bestfriend: Get to Know Which Sun Sign Matches Your Bestfriend Vibe

We all need that one bestfriend we always vibe with. Through thick and thin he/she will be the...
Entertainment

There has been quite a buzz about the possibility of a new friend's movie from the time Jennifer...
Offers

If you have a taste for great shows especially having a knack for Indian shows then you should...
Entertainment

In today's era where true friendship is unlikely to blossom, let alone thrive for an extended period. In...