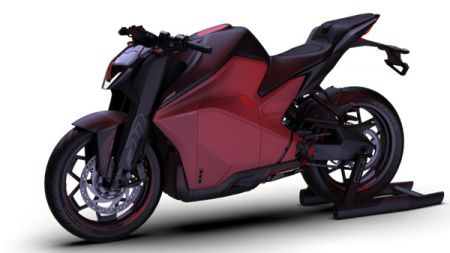 There are numerous reasons to believe that upcoming electric bikes will be the primary source of transportation in the modern world. This theory is supported by two factors: rising gasoline prices and India’s determination to significantly reduce carbon emissions.

There is little dispute that upcoming electric vehicles will emerge as a superior and more ecological alternative to gasoline and diesel automobiles in the coming years. Vehicles that run on gasoline or diesel contribute significantly to air pollution. It is one of the primary reasons that governments are looking for environmentally acceptable energy sources to power motors.

The only disadvantage of electric vehicles is that they are more expensive than gasoline/diesel automobiles. Whether it is Tesla or another top electric vehicle maker. Additionally, the vehicles produced by these firms are still out of reach for the average person. However, although electric cars are often more expensive and not for everyone’s budget, electric scooters are a good option.

Here is the list of 8 Upcoming Electric bikes in the market that is worth upgrading in the future.

The Ultraviolette F77, possibly one of the most anticipated upcoming electric bikes, is in the last stages of testing and manufacturing will begin in the first quarter of 2022. The F77 is made in India’s strong power motorbike with a stated 0-60 kmph acceleration time of 2.9 seconds and a maximum speed of 140 kmph.

TVS Motor Business has led fundraising for Ultraviolette Automobile. Furthermore the company claims the current Series C money would be utilized for the manufacturing and market launch of the F77 electric bike.

The Hero Electric AE-47 will be the company’s first electric bike, with a 4,000 W electric engine and a maximum speed of more than 85 kmph. The AE-47 is fueled by a lightweight and portable lithium-ion 48V/3.5 kWh rechargeable battery that can be filled in 4 hours.

Hero MotoCorp, India’s top two-wheeler maker by sales volume, will approach the electric bikes industry in 2022 with a brand-new electric scooter Vida, a new sector for Hero MotoCorp’s e-mobility and electric car row, has already been registered by the firm.

Specifications on the new electric scooter are scant at this time. Moreover, we anticipate Hero to have battery replacement technology following a deal with Taiwan’s Gogoro in April 2021.

The new electric scooter was revealed in August 2021. However, it does not resemble any of Gogoro’s existing EV models. More information will be released closer to the debut date, which is set for March 2022. The Oki100 upcoming electric bikes are set to hit the market in the first trimester of 2022. It will be a fast-charging electric bike with a replaceable rechargeable battery.

The Oki100 will have a centrally placed motor, a top speed of 100-120 kilometers per hour, and a max distance of roughly 200 kilometers.

Prevail Electric, a new upcoming electric bikes start-up headquartered in Gurugram, is developing a new electric bike with a capacity of 350 kilometers.

The new strong power bike will be available in two versions. Significantly, one with a maximum speed of 120 kmph and another with a highway speed of 180 kmph. Prevail Electric is a revolutionary electric vehicle start-up established in Gurugram.

Emflux Motors revealed their electronic sportbike the Emflux One, at the 2018 Auto Show. However manufacturing has been delayed and, recently, hampered by the epidemic.

The bike, on the other hand, is still in the works and could be released in 2022. The Emflux One has a maximum speed of 200 kmph and a 0-100 kmph maximum acceleration of three seconds.

The Emflux One is a full-fledged electric superbike featuring high-end equipment. It offers Brembo braking with double ABS and a fully linked intelligent display with machine intelligence capability.

Komaki Electric Vehicles, located in New Delhi, will launch a new e – scooter branded the Komaki Venice. The Venice will be a large voltage scooter that will be offered in a range of colors and will be priced reasonably.

The scooter will include cutting-edge technologies like regenerative braking, a maintenance button, and mobile services. As a result making it the ideal combination of advanced technology and iconic design. 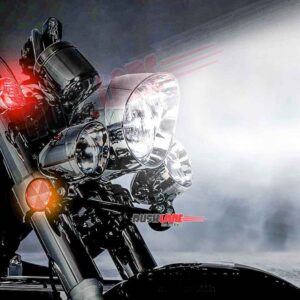 The Komaki Ranger, as it will be known, will have a distance of 250 km on a single battery charge. Thanks to its 4 kW rechargeable battery, which is touted to be the largest in an electrical two-wheeler in India.

In furthermore, the Komaki Ranger will have autopilot, a maintenance switch, a backward switch, and Wireless connectivity.

Read more: OLA Electric Scooter Is Here, This Is How You Can Get One