“Friends” does not include superpowers, but it does include what may be called amazingly and it does it in a safe, cheerful way. “Friends show” thrive in a world where nothing “crazy” is true than insane, and where no peculiarity or personality fault, no matter how outrageous, can ever separate you from the love and care of your best friends.

Friends is a legendary show that characterized a generation for those who lived up in the late 1990s and for others who watched it later in replays (or on Netflix). It truly caught the philosophical agony of an era of errant twentysomethings searching for love and companionship while finding themselves and their genuine friends along the road. As a result, they realized who they were, found career magic, found true love, and even had children when they were all fully matured.

It was more than simply a television program; it became the image of popular culture. Friends show was different from the other shows at the time because it was fresh, new, and unusual. It struck a chord with children to the point where even younger generations can watch and connect to practically every situation depicted in the series. Not all series have that type of staying power, which is why FRIENDS will be around for a long time.

Another matter was that the show looked, well, white. Throughout the show’s duration, there was not a single character with a different cultural background, and the protagonists were all middle-class white folks with middle-class white people’s issues. This was fine for the audience members that fit into this category.

Hanging out at the neighborhood coffee shop is still very hot, but it was only getting started in the late 1990s and early 2000s. Young folks, even those who had graduated and were earning full- or part-time, would gather with pals at their favorite coffee shop and talk into the small hours of the morning. It resembled a bar, except that it was for folks who didn’t like alcohol or who decided to hang out sooner than it was acceptable to drink. 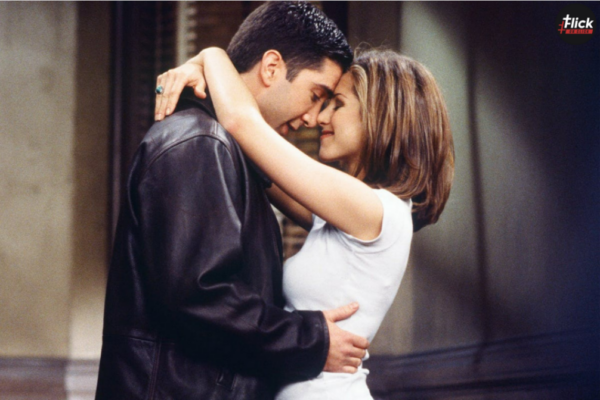 This is the key love combination in the entire series in our opinion. From the start, you’ll see how Ross Geller, the nerd paleontologist, takes his time confessing his emotions for Rachel Green (played by Jennifer Aniston), and how fans were overjoyed when the two of them ended up dating each other. Then there were break-ups and other issues in their relations. You’ll just have to see it since We don’t want to give away too many details. Regardless, they are the most endearing couple in the group.

Despite your small quarrels, nonsensical conversations, and strange situations, this series (or even half of it) will mean you love your buddies more and understand that they’re your second family outside the real one. We may be getting a little emotional and nostalgic here, and you may not see or understand it right away, but it will. It will help you appreciate how fortunate you are to have friends, even if there are only a few of them.

Watching Friends Show will recall and relate all your early precious twenties moments that you have spent with your buddies. We guarantee you that watching such a beautiful show will reunite your friend’s circle and you will miss your old days while getting high and parting.

Previous article
Moon Knight Episode 6- God and Monsters, When and Where to Stream
Next article
7 Times Koffee With Karan Landed Celebrities in Trouble
Flickonclick Team

TVF has announced a collaboration with the OTT platform Zee5 and there is some exciting news in the...
Entertainment

The time has come for Lucifer fans to start jumping off their seats as the Lucifer Season 5...